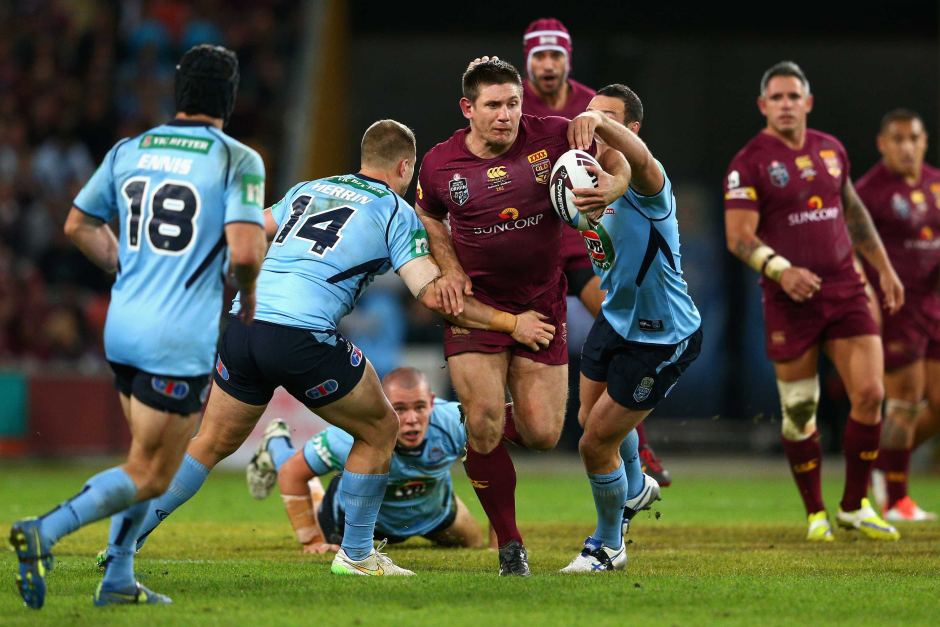 Queensland have named Jacob Lillyman for next week’s State of Origin game two after Nate Myles was ruled out with a knee injury.

Myles picked up the injury during Sunday’s NRL clash between Manly and Penrith and is expected to undergo surgery.

Myles’ omission for Lillyman is the only change to the Queensland team that beat NSW in the series opener in Sydney last month.

That 6-4 win was Myles’ 30th appearance for the Maroons.

“He was unlucky to miss out after his performance in game three last year,” Walters said of the big Warriors forward.

“We like to reward those who’ve done the job before in the jersey.”

Walters said it was unknown at this stage whether Lillyman will directly replace Myles in the starting lineup or if one of his forward options on the bench will get promoted.

Queensland are also sweating on the fitness of North Queensland quartet Michael Morgan, Justin O’Neill, Johnathan Thurston and Matt Scott, who face Cronulla on Monday night in the final NRL fixture of round 14.

Meanwhile, NSW have made just one enforced change, with debutant Wade Graham coming into the Blues side for the injured Boyd Cordner.

However Cronulla forward Graham faces a nervous wait over his availability for next week’s game in Brisbane after hitting North Queensland and Maroons star Thurston in a high tackle in the Sharks NRL win on Monday night.

Blues coach Laurie Daley has stayed loyal with the players who lost game one.

Controversial game one selection Dylan Walker has retained his spot on the Blues bench.

Josh Morris, who took injured St George Illawarra star Josh Dugan’s place for game one, remains in the side.

Graham said he was not worried by the tackle on Thurston.

“He just slipped over there and lost his footing. It is what it is,” he said.

NSW need to win Origin II in Brisbane next week to keep the series alive after losing game one two weeks ago 6-4.

NSW, Queensland make one change each for Origin