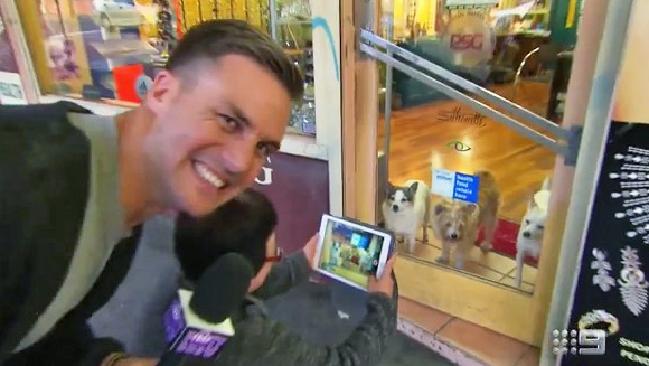 Retired player Beau Ryan, known for his comical antics, hit the streets of Wentworthville in Sydney’s west in his popular segment ‘Beau Knows’.

The larrikin walked the street and came across a woman of Asian decent, taking a photo of three dogs in a optometrist window.

“Picking one out for dinner?” Ryan asked her before grinning at the camera.

What followed was an outpour of criticism for the segment and the show’s Twitter, which posted Beau’s small-minded joke directly after it aired.

.@NRLFootyShow are you serious? This is abhorrent.

Really dislike Beau Ryan. He is not funny one bit. Just an overly paid, rude, insensitive prick who had little to no success in NRL.

The Tweet lasted an hour before it was taken down.

Watch the distasteful segment below.

I think they deleted the tweet but luckily the racist clip is still here https://t.co/UhN9zSMxgS