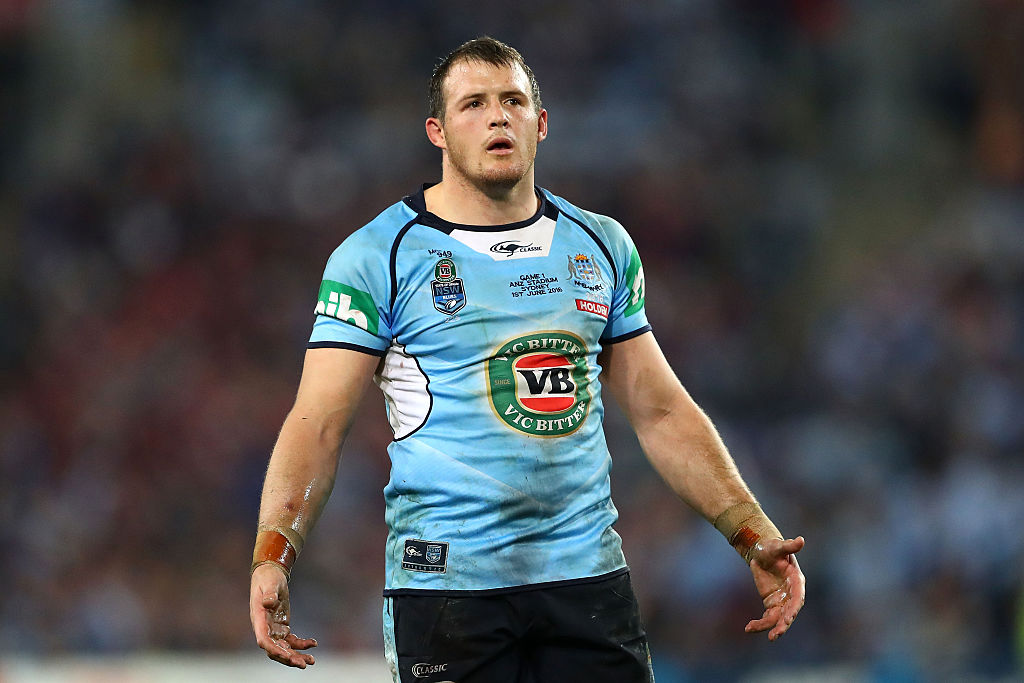 NSW centre Josh Morris is adamant he got the ball onto the try line for what would have been the game changer in the Blues’ gut-wrenching two-point series-opening loss to Queensland.

With the Blues down by two midway through the second half on Wednesday night, Morris had seemingly given his side the lead when he powered over opposite centre Greg Inglis.

On the advice of his touch judge, referee Gerard Sutton initially ruled try, however senior review official Bernard Sutton claimed there was sufficient evidence to overturn the decision.

Morris was certain it was a try.

“I thought I got inside GI’s shoulder, got myself down low and promoted the ball on the line and then got pushed back,” he said post-game.

“Touchie was adamant it was a try, (Blake Ferguson) was going off his head saying it was a try.”

Bernard Sutton explained that the ball had never gotten on or over the line, and then Morris was forced backwards by the Maroons defence.

The Canterbury centre assumed the disappearance of the ball during the replay meant there would not be any hard proof that it was not a try. The Maroons went on to win 6-4.

“There were stages there where you couldn’t see the ball at all, so I thought the benefit of the doubt would’ve got us there but it wasn’t to be,” Morris said.

“Obviously the more it came up on the screen and the more looks we had, you could see a stage there where you couldn’t see the ball at all and I thought that would work in my favour but obviously it hasn’t.”

A Morris match-winner would have completed a fairytale recall for the Blues veteran, who was cut from the squad mid-camp last week only to be rushed back following Josh Dugan’s sensational withdrawal on Sunday.

In bed in Canberra when informed of the news, Morris endured a mad dash to the airport, to Belmore, to his home, and then to Homebush where he re-united with his Blues teammates.

“Obviously I had the mindset that I was going in to play against Canberra and was ready to go. And that all changed. The mindset had to go back in and focus on this game and get in the right headspace,” he said.

‘It was a try’: Blues’ Josh Morris lets fly at decision