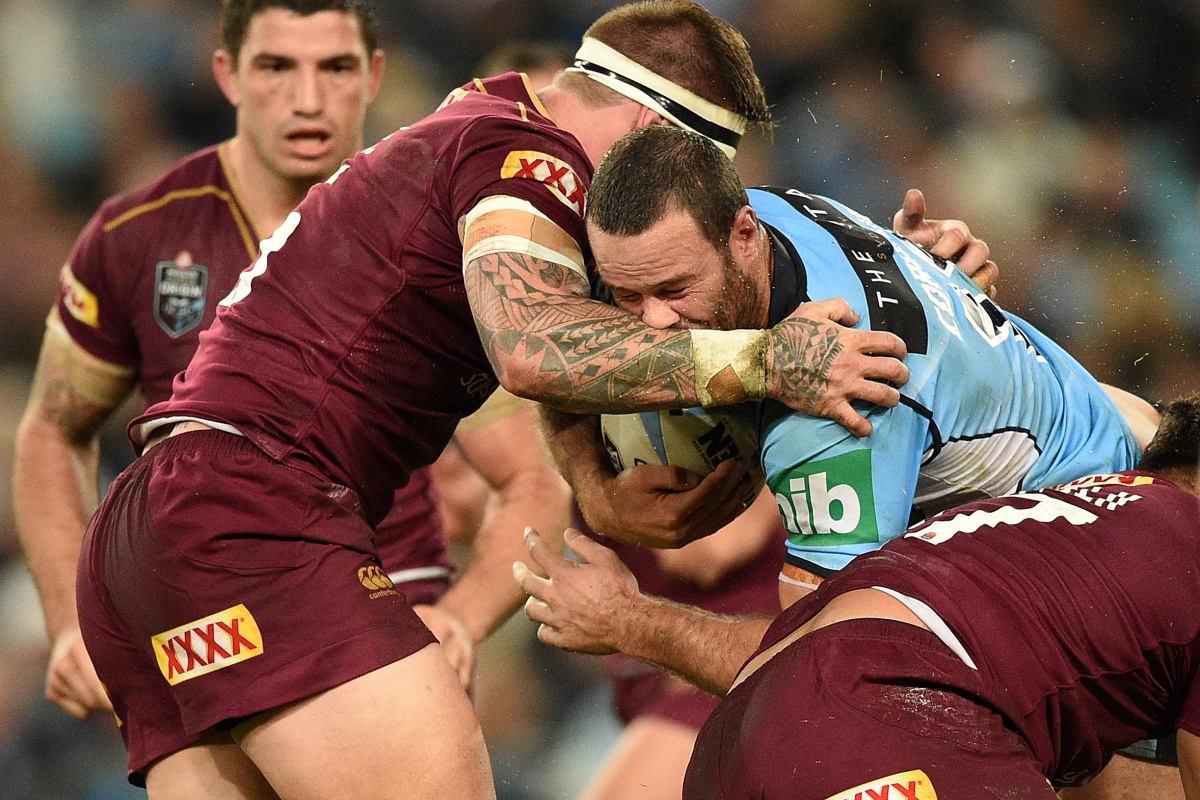 New South Wales coach Laurie Daley was left seething at the referees after losing the State Of Origin series opener on Wednesday night.

When asked how he felt about the performance of the officials in Game One, Daley said he would be airing his grievances with referees Gerard Sutton and Ben Cummins to the NRL.

“I’ll be asking for those referees not to be officiating in game two. There’s your story,” he said.

“Based on history and based on that game.”

Every play took on extra significance as Queensland snuck out of Sydney with a 6-4 win, and Daley clearly felt his side was robbed of a try.

With the Blues trailing by two in the 66th minute, centre Josh Morris, who was a late call-up for the injured Josh Dugan, scooted inside Greg Inglis and appeared to reach the tryline.

It was ruled a try on the field but was sent to the bunker, where replays suggested he came up short thanks to scrambling defence from Inglis, Aidan Guerra and Johnathan Thurston.

While the coach refused to be drawn on specific incidents, hooker Robbie Farah was not diplomatic when asked by the ABC after the match.

Unsurprisingly, the Maroons felt differently about whether the same referees should return.

When asked about the officiating in the post-match press conference, rookie Queensland coach Kevin Walters said he would not mind seeing the same referees in Game Two in Brisbane on June 22.

He even went so far as to joke about taking some of captain Cameron Smith’s salary to ensure they return, before admitting the visitors got the rub of the green on the night.

“Being honest, we did get some nice calls, some favourable calls. And you need that to win at this level,” he said.

“You need a bit of assistance in different areas and have a bit of luck and that was the case for Queensland tonight.”

“All those 50/50 calls certainly went Queensland’s way,” he added.