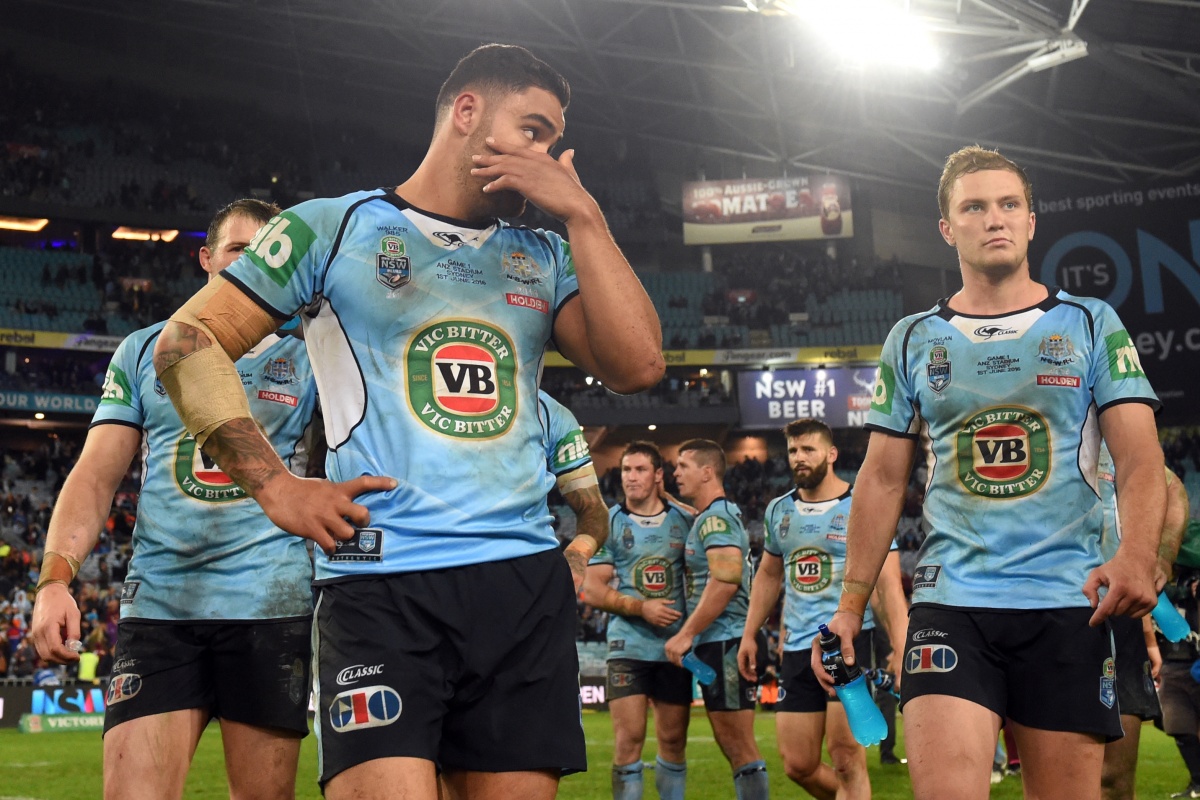 How versatile is Dylan Walker?

NSW fans are still wondering after Walker’s disastrous State of Origin debut in the Blues’ 6-4 loss to Queensland on Wednesday night at ANZ Stadium.

Critics were left scratching their heads over Walker’s selection as bench utility for the Origin series opener in Sydney.

• Dylan Walker: from intensive care to State of Origin
• Why NSW have lost Origin I … already

And they were no doubt tearing their hair out at fulltime after Walker’s failed Origin cameo.

For 71 minutes, Walker sat on the bench wondering when his time would come.

The Origin rookie finally received his chance with nine minutes left on the clock.

However, with the game on the line and the Blues ready to launch one last attack, Walker was pinged for an incorrect play the ball.

It was Walker’s first touch in Origin football – sort of.

For the record, he made 11 tackles.

Yet the controversial NSW selection’s versatility had loomed as the key for the Blues in Origin I in front of 80,251 fans.

The selection of the out-of-sorts Walker, who joined Manly from South Sydney this season, had been the subject of fierce criticism in the lead-up to the series opener.

He had struggled at five-eighth for Manly before being moved to centre in 2016 but, in 2014, he starred as the Rabbitohs claimed the NRL premiership and he earned a call-up to the Kangaroos’ side.

And the stage was set for Walker to shine after Queensland lost their own bench utility Michael Morgan with half-an-hour left.

Morgan came off second best in a tackle on a rampaging David Klemmer in the 50th minute.

Yet Walker kept gathering splinters on the bench as NSW tried to regain the upper hand with their monster pack and bench.

The curious NSW selection only seemed more curious as coach Laurie Daley blatantly refused to use his utility.

There was a rumour that only Bob Fulton’s insistence ensured his Manly man Walker earned a Blues debut along with fullback Matt Moylan, halfback Adam Reynolds and winger Josh Mansour.

But even Immortal Fulton will find it hard to convince the sceptics to pick Walker again after his game-one shocker.