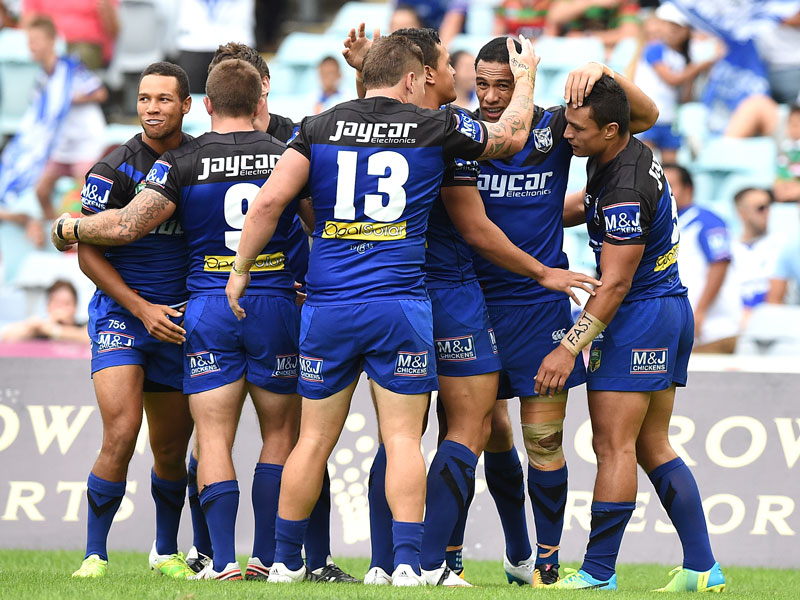 Despairing over your club’s winless start to 2016? Keep your chin up. Fizzing about your team’s brilliant early-season performances? Slow your roll.

In recent years, March form has been about as reliable as video ref consistency when it comes to predicting the NRL’s eventual finalists and cellar-dwellers.

Regular contenders Melbourne, Canterbury and Brisbane have started the year in excellent touch, joined for a share of the competition lead by surprise packets Parramatta and Gold Coast at the end of Round 4.

The Sydney Roosters, Warriors and Newcastle are under the pump for being slow out of the blocks.

But last season stands as a prime example of why clubs can effectively wipe the slate clean after the first month of the premiership.

The Cowboys seemed in awful trouble after losing their first three games of 2015, but they belatedly clicked and finished the regular season third, before powering to a euphoric maiden title.

The Sharks started the year 0-4, yet recovered to claim sixth spot.

At the other end of the spectrum, the Knights surprised most pundits to be the only unbeaten team after four rounds – but they won only a further four games to collect the wooden spoon.

In 2014, Souths won their first grand final in 43 years despite winning only one of their first four games, while the Dragons – ladder leaders at the end of Round 4 – slumped to finish 11th. The Titans started the 2013 and ’14 seasons 3-1, but finished ninth and 14th respectively.

Notorious slow starters the Warriors, who avoided a club-record 12th straight loss by thrashing the Knights on Easter Monday, should look to their 2011 side for inspiration to turn a tardy start into watershed success.

The Warriors went 0-3 to start 2011, but ultimately qualified for the grand final for just the second time in their history. Canterbury, the team at the top of the table at the end of March that year, missed the playoffs altogether.

In the rollercoaster 2005 season – when Parramatta set a record for most losses by a minor premier and Newcastle won the most games ever by a wooden spooner – the Raiders were first after four rounds but finished second-last, while the Saints were running last at the end of Round 4 yet finished second.

Incredibly, over the past 10 years, the team heading the NRL ladder one month into the competition has gone on to miss the finals five times. Equally remarkably, five of the last 10 wooden spooners won at least half of their first four games, giving little indication of their impending collapse. The team in last spot after four rounds has landed the spoon just twice.

The NRL’s salary cap-driven parity – with the gap in quality between the best and worst teams smaller than it’s ever been – is the most obvious explanation for the high proportion of turnarounds.

Off-season conditioning programs can have a notable impact – some clubs train to hit the ground running in Round 1, others are conditioned to peak later in the year.

The rate of player movement, as new-look sides attempt to build combinations, is another telling factor – which is good news for Manly, Warriors and Roosters, who currently find themselves in the bottom half of the ladder with new spine combinations struggling to gel.

So while any team would prefer to be riding high in the upper reaches of the ladder, all is not lost for the stragglers – nor is early form necessarily a portent of success for the bolters.

Timing is everything, and nobody cares who the March table-toppers were on grand final day. Why March form just doesn’t matter in the NRL