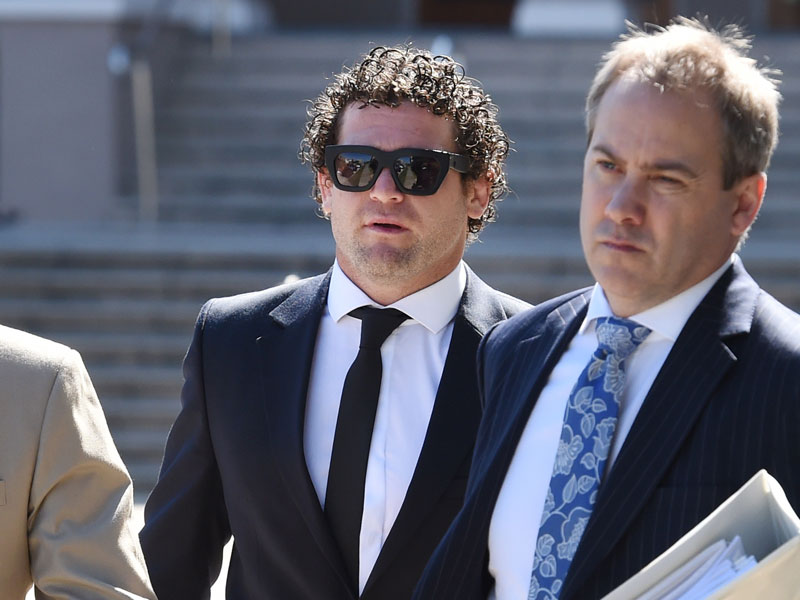 Gold Coast Titans player Beau Falloon will not face trial over the NRL’s drug scandal because of insufficient admissible evidence.

Falloon, 28, was one of four Titans facing cocaine possession charges in the Southport Magistrates Court on Wednesday, accused of using coded text messages and conversations to arrange drug deals with accused ringleader and former Sydney player John Touma and other third parties.

“It really gets down to whether or not, in my view, these third party conversations would be admissible against the defendant,” Magistrate Christopher Callaghan said.

The court had previously heard accusations Falloon and fellow Titan Jamie Dowling used coded language to communicate drug deals with Touma, including phrases to do with beer, the size of beds, “firing up”, footy boots and “half a ball” – allegedly a reference to an eight ball of cocaine.

Prosecutor Michael Copley submitted a large volume of intercepted phone calls and text messages to support the charges but admitted the case against Falloon was “largely circumstantial”.

He pointed to four ATM transactions, worth a total of $950, that Falloon made across the same day he was in contact with Touma as further support for the inference of drug procurement.

Falloon had also spoken of sneaking out of a team gathering to meet Touma.

But lawyer Saul Holt QC, for Falloon, slammed the “level of desperation” in the prosecution’s case and said the threshold of evidence required to show Falloon was procuring drugs had not been reached.

“It’s an extraordinarily thin basis for a count of supply of cocaine,” he said.

The communication coincided with the end of the season when players were keen to let their hair down, Mr Holt said.

Magistrate Christopher Callaghan questioned Mr Copley’s assertion that Falloon had pretended to be another person to discuss plans to “catch up for a beer” – also allegedly code for a drug deal.

He later ruled the conversations with third parties would not be admissible in proceedings against Touma.

Without these, there was insufficient evidence to support each of the four counts of drug possession with which the 28-year-old had been charged.

Fellow Titans Greg Bird and Kalifa Faifai Loa are also in court today, facing charges of supplying dangerous drugs. Bird’s lawyer Jeff Hunter has made an application that, like Falloon, his client has no case to answer.