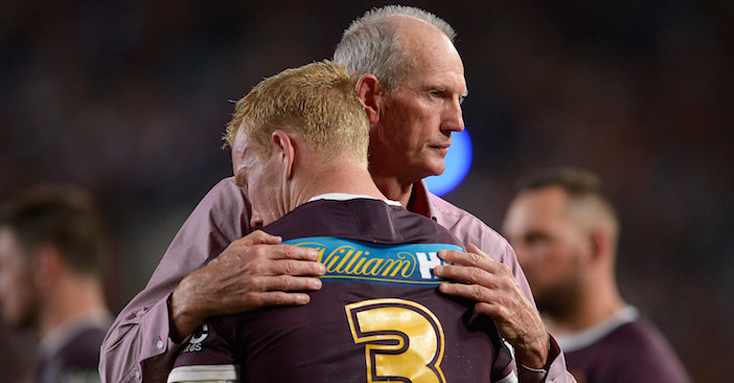 Brisbane coach Wayne Bennett has called for the re-introduction of NRL grand final replays to replace the golden point period.

His comments come after the Broncos went down harrowingly to North Queensland, 17-16 in extra time, despite leading for almost the entire second half.

The seven-time premiership-winning coach has long been an adversary of sudden-death overtime since it was ushered in for the 2003 season following a drawn State of Origin series in 2002.

Bennett re-iterated his stance against golden point, claiming the result is a lottery.

“It’s just unfair on everybody. I would’ve been happy to come back next week and play again,” Bennett said post-game.

“I still don’t see what’s wrong with a draw. The season doesn’t have to change anything. For 100 years we didn’t have golden point and we still had a great game.”

Having led for the final 46 minutes of the match, the master coach looked likely to snare his eighth premiership until Cowboys winger Kyle Feldt crossed on the full-time siren.

North Queensland skipper Johnathan Thurston had a chance to steal the win with a sideline conversion, but his in-swinging attempt hit the post.

Not since Manly and Cronulla were brought back for a Tuesday afternoon re-match in 1978 has rugby league enforced a replay.

St George and Parramatta were also recalled for a second grand final the previous year.

Bennett denied being bitter of the extra period, but said a different method was needed to decide the result given the grand occasion.

“It’s not the way that, personally, I want it decided, as a coach or as a player.”