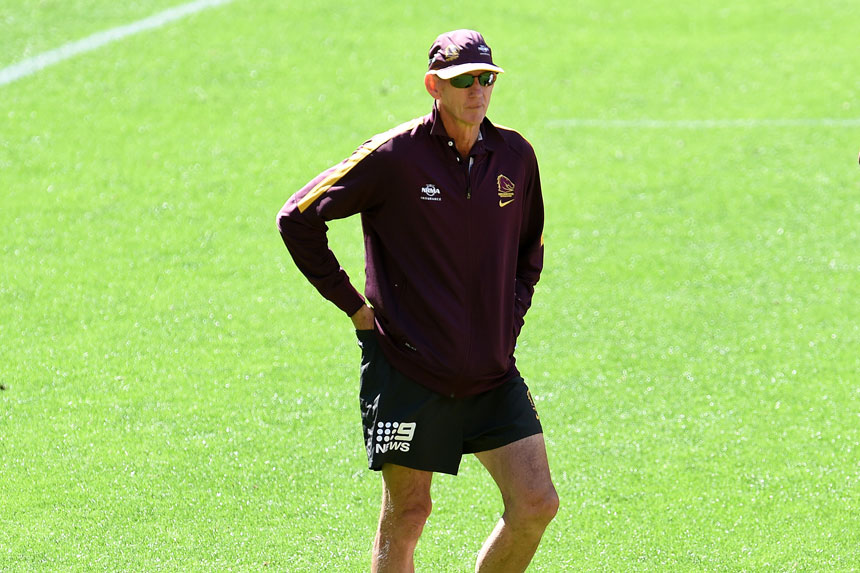 There are so many reasons to fancy Brisbane’s chances of snaring a seventh premiership in Sunday’s NRL grand final showdown with North Queensland, but there’s one factor that stands out above all others: the man who has been at the Broncos’ helm for all of the previous six, Wayne Bennett.

The 65-year-old’s return to the River City – after six years at St George Illawarra and Newcastle – has been nothing short of remarkable, leading the club he effectively built out of a three-season mire to its highest finish since he took them to the minor premiership in 2000.

The stony-faced guru was honoured with the Dally M Coach of the Year gong on Monday night (preposterously, for only the third time in his unparalleled career), but he has the opportunity to add yet another NRL title to his phenomenal résumé.

As well as steering the Broncos to six grand final triumphs during a glittering 21-season tenure (1988-2008), Bennett led St George Illawarra to its long-awaited first title in 2010, cementing his reputation as rugby league’s coaching messiah.

No coach in the mandatory grand final era (1954 onwards) comes close; legendary Dragons captain-coach Ken Kearney and the great Jack Gibson, who won titles with Easts and Parramatta, are the next best with five.

During Bennett’s time in the top grade, Tim Sheens ranks second with four grand final wins in charge of Canberra and Wests Tigers.

The salary cap has evened out the playing field to the extent that no club has gone back-to-back in a full competition since Bennett’s Broncos in 1992-93.

During the past two decades, it’s been relatively rare for players to win multiple grand finals during their career. But the cap hasn’t blunted Bennett’s effectiveness.

While gripping tightly to the principles and virtues that have served him so well for more than three decades in the coaching game, ‘Benny’ has frequently re-invented himself and his team, overcoming rule changes, the code’s evolution and his own squad’s limitations to stay ahead of the curve.

Now he stands on the verge of equalling a premiership record that was established five years before he was born.

Revered pioneering figure Arthur ‘Pony’ Halloway has been unchallenged as rugby league’s most successful coach for seven decades, winning eight premierships: four as captain-coach of Balmain from 1916-20, and another four with the champion Eastern Suburbs sides of the 1930s and ’40s.

Bennett will draw level with Halloway if he can steer the Broncos to victory on Sunday.

And while Halloway guided his clubs to glory in eight-or-nine-team competitions without ever having to contest a grand final, Bennett has incredibly tasted victory in each of his last seven visits to the ‘big dance’.

The fact the Broncos have never lost a grand final in six attempts – with Bennett in the coach’s box on each occasion – can’t help but germinate the seed of doubt that will already be planted deep within the premiership-less Cowboys’ minds.

Bennett endured his share of grand final disappointment early on, with his Souths Magpies team suffering a 42-8 loss to the Wally Lewis-led Wynnum-Manly in the 1984 Brisbane premiership decider.

Twelve months later, he led the Magpies to a spectacular 10-8 upset of Wynnum. In 1987, he co-coached emerging Canberra (alongside Don Furner) to its maiden grand final, where the Raiders went down 18-8 to a crack Manly outfit.

Bennett has been a rugby league Midas ever since.

Belying a prickly, dry public persona, he is a beloved father figure to the vast majority of players he has coached.

That attribute – lifted straight from the Gibson handbook and replicated by the most successful coaches of recent times – has been as integral to his achievements as any training innovations or on-field strategies.

Brisbane has not featured in a grand final since 2006, while only five of the Broncos’ squad have appeared in a decider previously.

There is an intriguing parallel between Bennett’s ’06 premiership march and the 2015 decider in the individual coaching match-up stakes.

The Broncos won that season’s grand final 15-8 against Melbourne Storm, who were coached by Craig Bellamy – a former player under Bennett at Canberra and his long-serving assistant at Brisbane.

Cowboys coach Paul Green finished his playing career with the Broncos in 2004 and was on Bennett’s staff for the ensuing four seasons.

The highly rated Green is approaching his first grand final as an NRL coach, but like Bellamy, looks set to endure defeat at the hands of his former mentor. Why Wayne Bennett will be the difference