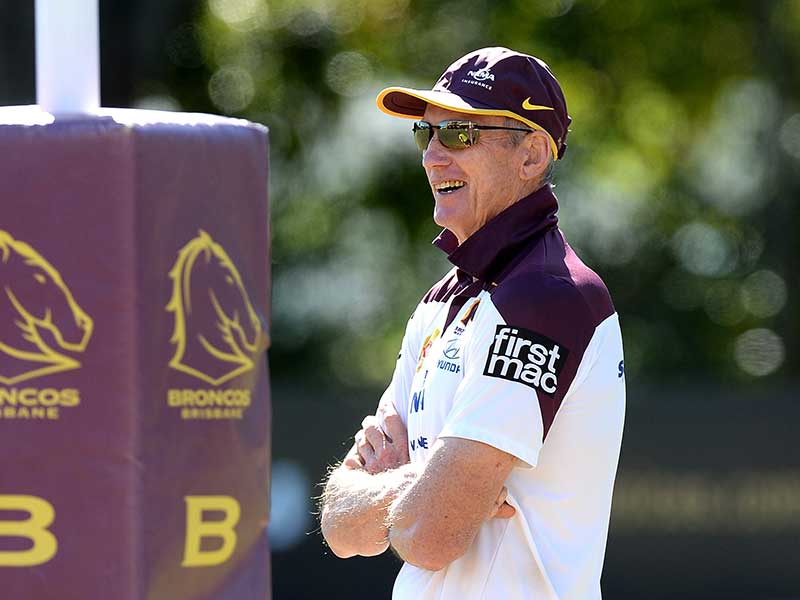 Grab your moment – Bennett’s heartfelt appeal to seasoned campaigners such as Corey Parker and Sam Thaiday has now become Brisbane’s mantra ahead of Sunday’s NRL grand final against North Queensland.

Bennett has been likened by ex-Queensland forward Scott Sattler as “the Bart Cummings of rugby league”.

But Parker revealed for all of Bennett’s years of experience and teachings, his message was quite simple as they vied for their first title since 2006.

“He said it is about grabbing your moment,” Parker said.

“You have to. Nine years was the last time I have won one.

“And I don’t think I have another nine years left.

“It’s about moments. And now we’ve given ourselves a great opportunity to win a grand final.”

Bennett could be seen reminding Thaiday and Parker ahead of last week’s preliminary final against the Sydney Roosters, pulling the pair aside after training to ram home the message.

It worked – the veterans were again influential as Brisbane routed minor premiers the Roosters 31-12 at a sold out Suncorp Stadium.

“When you get to their age, time is running out on them, they want to grab that moment, and the moment’s a grand final, it’s winning one,” Bennett said of the pair.

“Season after season goes by and nothing happens for them.

“The hardest part is getting here, and when you get here it’s a lot easier.

“But we are just grabbing the moment mate.”

Only Hodges, Darius Boyd, Thaiday and Parker remain from Brisbane’s 2006 premiership side.

“We had a laugh before. Sam (Thaiday) was 21 the last time we made a final, he’s 30 now,” Brisbane hooker Andrew McCullough said.

“Time flies so you have to make sure you enjoy it.”

Thaiday said veterans still craved Bennett’s guidance as they looked to settle the rest of the team’s grand final nerves.

“It’s been a long time since we have been in a grand final,” Thaiday said.

“We are lucky that we have Wayne here, he has so much experience in finals, so much success.

“Hopefully he can instill calmness into those younger guys so they can perform because who knows when we will be back in this position again.”

“Wayne is like the Bart Cummings of rugby league and the finals are his spring carnival,” Sattler told Former Origin Greats website.

“I can’t believe people bet against Wayne at this time of year.”