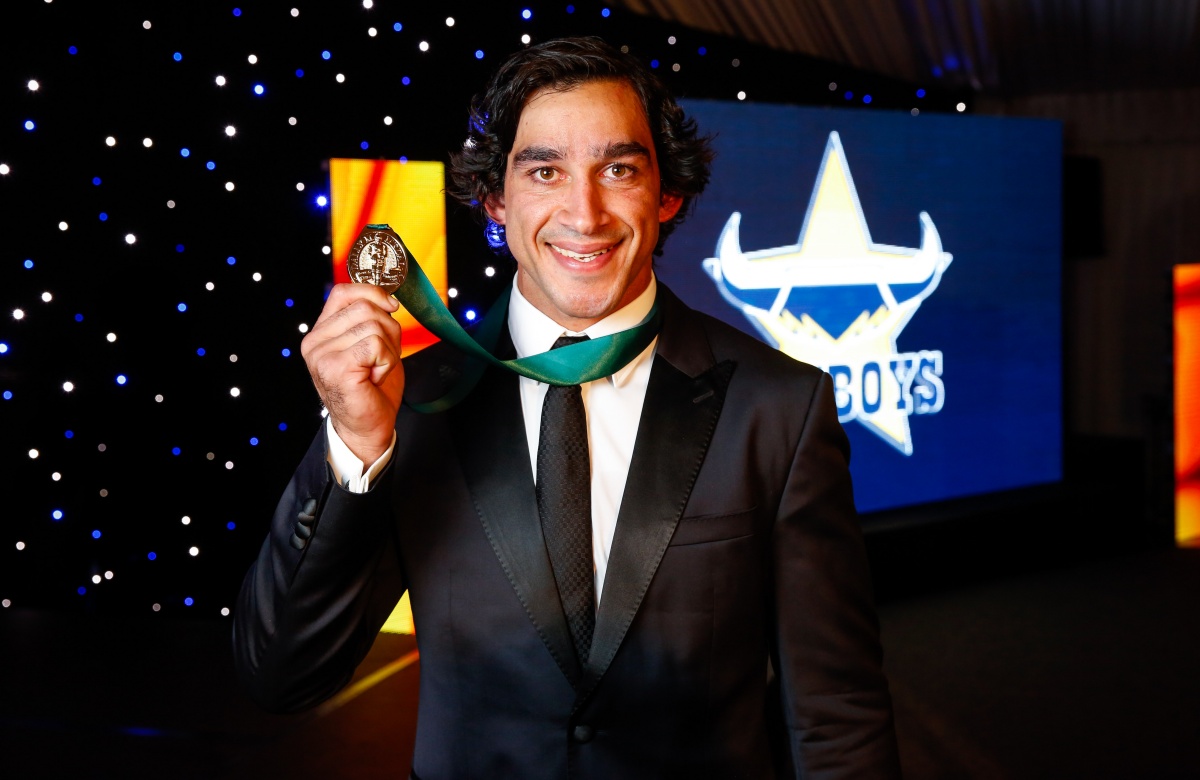 An emotional Johnathan Thurston broke down in tears after winning a record fourth Dally M Player of the Year medal.

After leading the Cowboys to this year’s NRL grand final against Brisbane Thurston was an unbackable favourite to take out the gong, and those predictions proved true.

Thurston gained 32 votes after 26 rounds, well ahead of the three-way tie for second between Benji Marshall, Aaron Woods and Michael Ennis, who earned 21 votes each.

Australian and Queensland representative Thurston wasn’t in Sydney to receive the award, instead he was with his Cowboys teammates at a function at Townsville’s Jupiter’s Casino.

“I can’t say what this means to me (to win this) in front of family and friends.”

The 32-year-old club captain later struggled to hold back the tears when crediting his family, including wife Samantha Lynch, for their role in his success.

“They see firsthand what you go through, the rollercoaster, what you put your body through mentally and physically,” he said.

“Without them, I wouldn’t be standing here.”

Thurston soon turned his focus to Sunday’s match-up with the Broncos.

Thurston has previously taken home the award in 2005 and 2007 and was equal winner last year with Jarryd Hayne.

His fourth gong takes him past Immortal Andrew Johns as the greatest winner of the award. Johns won the award in 1998, 1999 and 2002.

Thurston led the Dally M count on 19 points when voting went behind closed doors after round 16 and regularly picked up points from there to run out a deserved winner of the award.

Cameron Smith and James Maloney were equal sixth on 17 votes.

Blake Austin, Corey Norman, Roger Tuivasa-Sheck, Jared Waerea-Hargreaves and James Tedesco, who all finished the 2015 season on 16 votes rounded out the top 10.