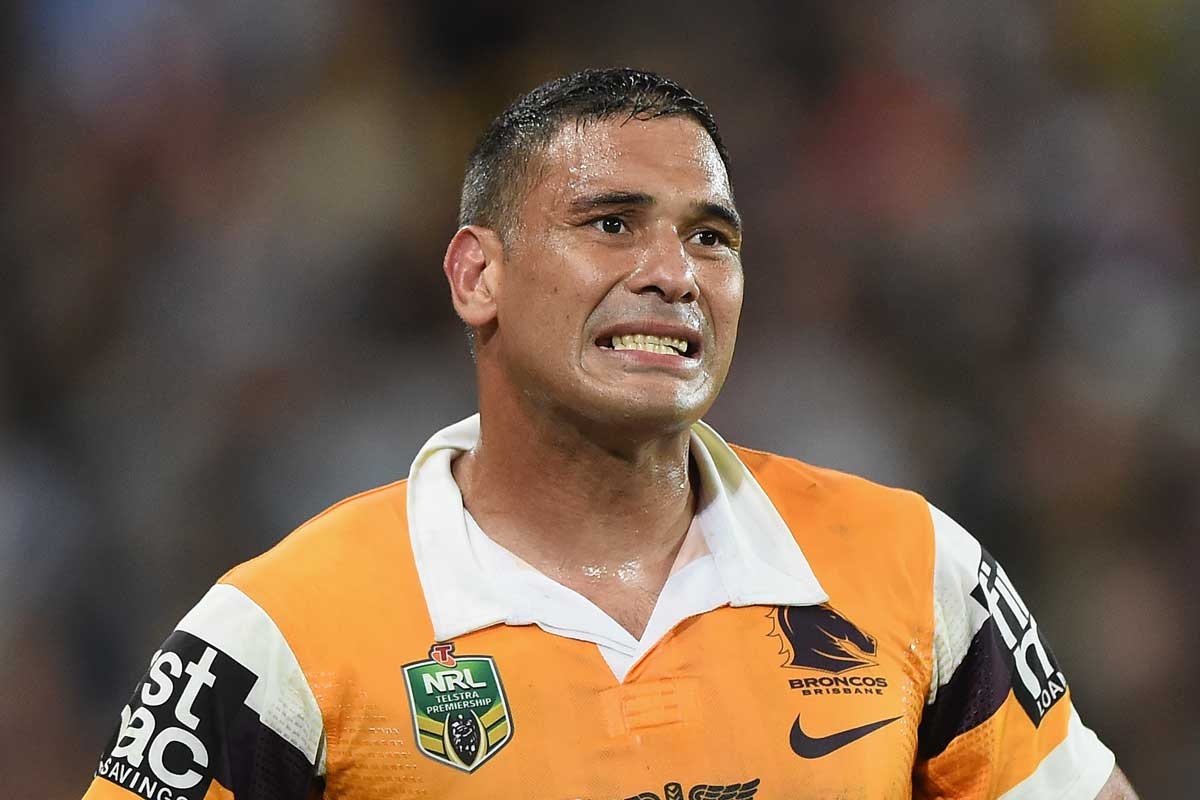 Retiring Brisbane star Justin Hodges will fight his dangerous throw charge at the NRL judiciary on Tuesday night in a bid to play in the grand final.

Hodges, 33, was on Sunday cited by the NRL match review committee for his 57th-minute tackle on Sydney Roosters second-rower Aidan Guerra in Friday’s preliminary final win.

The grade one charge attracts 125 base penalty points but two prior non-similar offences lifts the total to 175, meaning he will miss the decider against North Queensland unless he successfully fights the one-week ban.

Hodges admitted he was nervous about missing out on a fairytale finish to his 250-game career.

“It’s a little bit worrying but I know myself in the tackle, there was nothing in it,” he told The Sunday Footy Show.

“Obviously, I have to go down on Tuesday and fight the charge to live out my dream to play in the final again.”

Maroons teammate Guerra has already come out in defence of the representative star.

“I think common sense will prevail on that tackle,” he said after the match on Friday.

“It was a penalty – nothing more, nothing less.

The Queensland veteran is also battling a back injury aggravated against the Roosters.

“Before halftime I went in, got a needle, and that helped me get back on the field,” he said.

“But obviously last night when the needle wore off, it was very painful yesterday and today still.”

Should Hodges miss the match, 23-year-old Lachlan Maranta is likely to take his place in the backline.