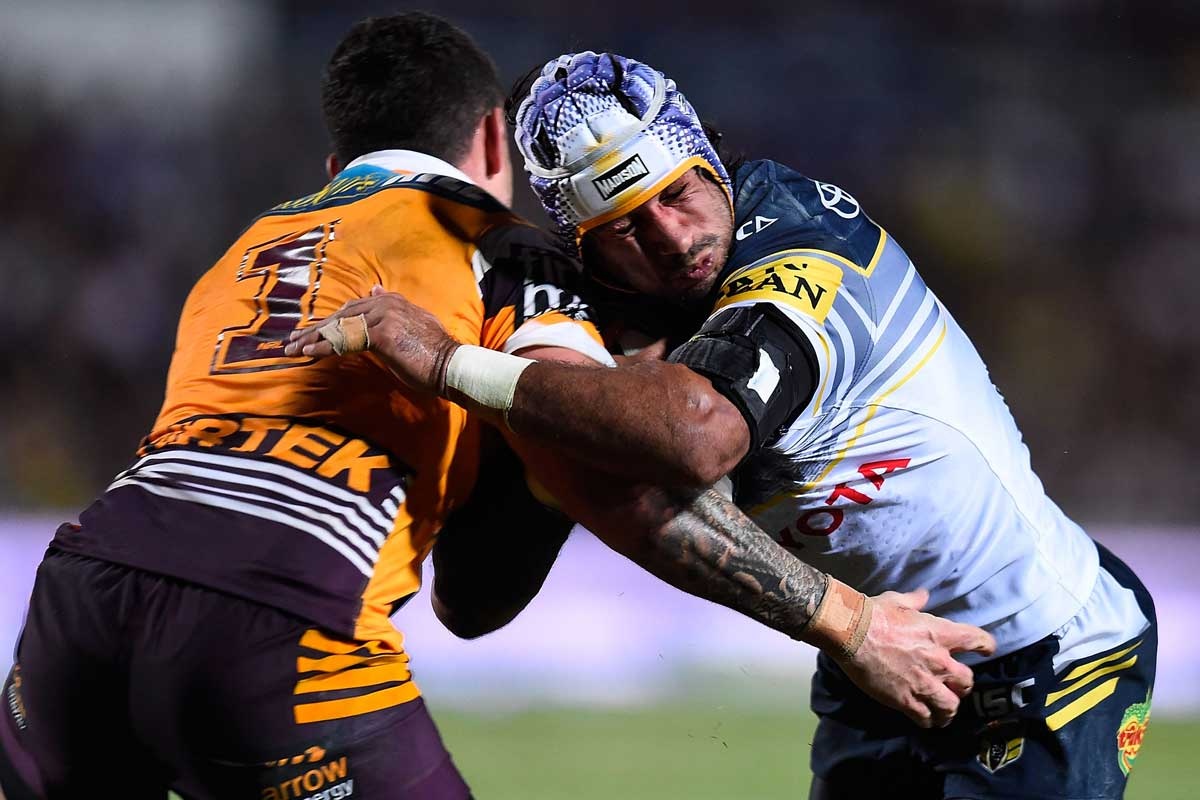 History will be made in Sydney next Sunday night – for the first time, two Queensland clubs fight it out for rugby league’s greatest prize.

Brisbane and North Queensland progressed to the Grand Final with emphatic preliminary final victories over Sydney Roosters and Melbourne respectively.

Luck frequently landed in the Broncos’ lap, but they were near-perfect in a comprehensive 31-12 defeat of a Roosters side routinely regarded as having the most physical pack and most dangerous backline in the NRL.

The Broncos’ precision, ball control and tenacity were astounding.

Ben Hunt and Anthony Milford were out of this world; rarely have both halves in the same side been so prominent and brilliant in a high-stakes finals match.

But Brisbane’s watershed performance came with a sour kicker – a judiciary date for retiring Broncos skipper and club legend Justin Hodges for a dangerous tackle that saw Queensland Origin teammate Aidan Guerra end up on his head, which is destined to dominate debate for the next few days.

The NRL’s judicial process leaves no room for sentiment (or consistency or integrity, for that matter) and Hodges’ fate is anyone’s guess at this stage.

The Cowboys also rode their luck in their 32-12 defeat of a ragged Melbourne Storm in a match that was ultimately an anti-climax after the blistering football produced 24 hours earlier.

Nevertheless, Johnathan Thurston and his lieutenant, Michael Morgan, were in everything and have finally steered the long-suffering club to its second Grand Final.

The parry and thrust of Thurston’s battle with Cooper Cronk had the hallmarks of the unforgettable Sterling v Mortimer duels of the 1980s, or Langer’s No.7 combat with Stuart in the ’90s.

JT’s Grand Final shootout with Hunt will be even more enthralling – and vital.

Hodges, Darius Boyd, Corey Parker and Sam Thaiday are all survivors of the Broncos’ 2006 decider triumph over the Storm, while Boyd won the Clive Churchill Medal in St George Illawarra’s 2010 Grand Final success.

Adam Blair – sensational in the enforcer role for Brisbane on Friday night – played in three for Melbourne.

On North Queensland’s side of the Grand Final experience ledger, Thurston has played in two – with the Bulldogs in 2004 and the Cowboys the following season – while Justin O’Neill won a decider with the Storm in 2012, and Ben Hannant was part of the Broncos’ ’06 squad.

It will be a landmark day for Queensland rugby league, again accentuating the state’s extraordinary dominance.

Eight of the 17 Maroons that crushed the Blues 52-6 in July – securing their ninth Origin crown in 10 seasons – will line up next Sunday.

The teams are incredibly evenly matched, while there are myriad parallels to be drawn between the two sides besides residing within the same state boundaries. It has the potential to be one of the great Grand Finals.

Crucially, the Cowboys appear to have conquered the demons of their heartbreaking recent post-season exits.

But Wayne Bennett’s Broncos juggernaut has an unstoppable look about it coming off one of their greatest performances on one the most special nights in the club’s glittering history.

Bennett has a flawless six-from-six record in grand finals with the Broncos, and a common denominator in those triumphs has been a season-best display to qualify for the big one.

Hodges’ availability is a wildcard, but the early indications are a seventh title for the Sunshine State’s ‘big brother’.

We pick the winner in the all-Queensland decider