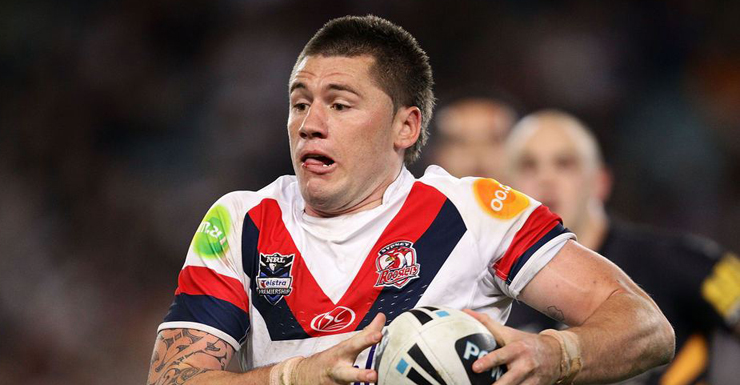 The playing future of Sydney Roosters centre Shaun Kenny-Dowall is uncertain with an Apprehended Violence Order having been filed against him by former partner Jessica Peris.

There are reports Kenny-Dowall will face court on as many as 10 charges, including assault and stalking.

Peris is the daughter of Olympic gold medallist Nova Peris, who is now a federal senator.

Jessica Peris attended Maroubra Police Station late Thursday night to apply for the AVO. The pair split about three weeks ago, after living together for 18 months.

“An investigation is under way following a number of allegations that were made to police. It would be inappropriate to comment further,” a spokeswoman for New South Wales Police said.

The Roosters released a brief statement with no indication as to whether 27-year-old Kenny-Dowall would be stood down from the club’s NRL clash with the Warriors at Sydney Football Stadium on Sunday.

“The Sydney Roosters are aware of the allegations concerning Shaun Kenny-Dowall,” it said.

“As it is a police investigation, the club will be making no further comment at this time.”

The NRL also confirmed it had been informed of the matter.

“The NRL has been made aware of the matter. It is a police matter and we will allow the process to take its course,” it said.

The New Zealand Test star has been a strong contributor for the Roosters this season, scoring eight tries in his past six games and is on track to break the club record of 139 tries set by former skipper Anthony Minichiello.

Just two months ago, Kenny-Dowall signed a two-year extension to stay at Bondi.