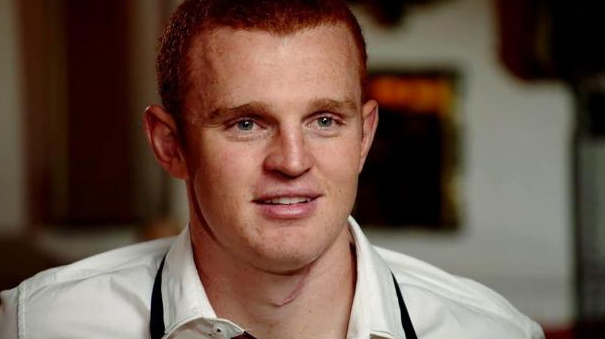 Alex McKinnon remains upset over on-field comments Cameron Smith made following the tackle that ended his NRL career and has questioned the character of the Australian and Queensland skipper.

On Channel Nine’s 60 Minutes program on Sunday night, McKinnon was shown for the first time the immediate aftermath of the tackle of him in March last year in a match between his Newcastle Knights and Smith’s Melbourne Storm.

As McKinnon is carried off the field by a number of medical personnel, after the match at AAMI Park was stopped for eight minutes, Smith continues arguing with referee Gerard Sutton about the merits of a penalty awarded due to the tackle.

“If he doesn’t duck his head that doesn’t happen, anyone who ducks their head now is that going to be a penalty?” Smith can be heard saying over the referee’s microphone.

“Is he still debating, is he f***ing serious?” McKinnon asks.

“Wouldn’t you just shut up. You see someone with eight, nine people around them and you want to debate a f***ing penalty.

“That’s the Australian captain there … so well done … it is f***ing ridiculous.”

McKinnon said he had not heard from Smith since the incident.

“I don’t know whether he has tried to make contact through the club but if Jordan McLean (who was suspended for his role in the tackle which resulted in McKinnon becoming a quadriplegic) can make contact … I haven’t heard anything from him (Smith).

“I’m not angry, it just reassures the type of person that he is, at least Jordan reached out.”

McKinnon’s father Scott said he would never forgive Smith for the comments.

“There were great little comments from the Australian captain attributing blame to my son, and I’m thinking to myself oh … long bow mate,” he told the program.

“As far as I’m concerned (it is unforgivable).”

However seven-times premiership winning coach Wayne Bennett, who was coach of the Knights when the incident occurred and has coached Smith at representative level, said it wasn’t a true reflection of his character.

“I know Cameron Smith, I have coached him in different teams at state level and in the All Stars and everything, he is a good person, he is a decent person so I have to assume that on the night he just got it wrong,” Bennett said.

Melbourne released a statement prior to the 60 Minutes broadcast, when newspaper reports aired about McKinnon’s comments on the program, with newly-installed Storm chief executive Dave Donaghy moving to defend his captain on Triple M.

“I’m sure in hindsight there’s a lot of things that were said that everyone would want to change,” Donaghy said.

Donaghy spoke to Smith about the issue on Saturday night.

“I’ve got no doubt that Cameron today would be feeling pretty ordinary,” Donaghy said.

“I have no doubt that he would want to (try and contact McKinnon).

“Hopefully Alex is willing to receive the phone call as well.”

In their statement, the Storm said Smith and teammates made several attempts to speak with McKinnon in the aftermath of the injury.

McKinnon said he bore no ill will towards McLean.

“He has obviously had a lot of dark times since the accident,” McKinnon said.

“He sent me a message, maybe two months after the accident. I’m not angry, at the start I was probably angry.

Smith was not available for comment at the Queensland Origin squad’s media session on the Gold Coast on Sunday.