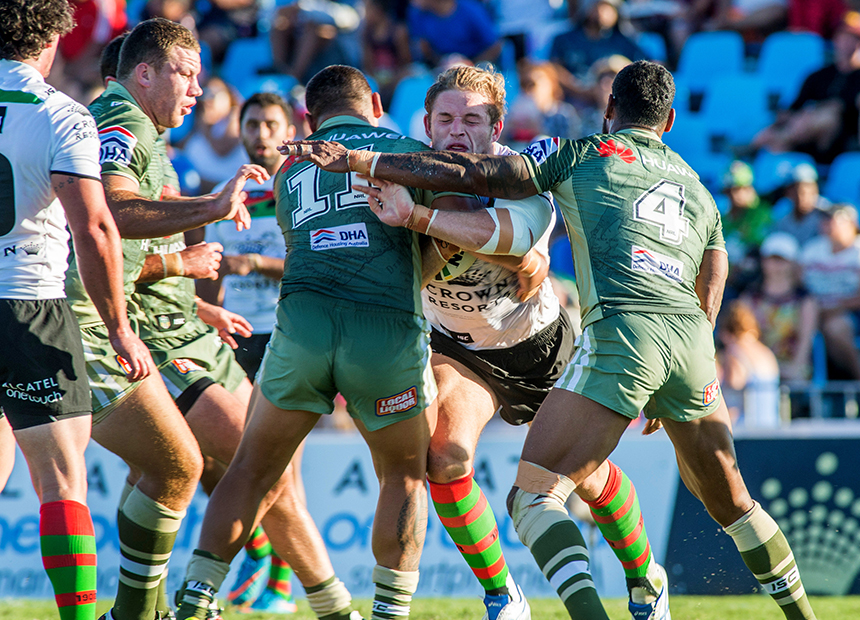 In the past four rounds, the Raiders have beaten Manly, Wests Tigers and last start toppled the Rabbitohs, with a narrow loss to Melbourne their only blemish.

But Stuart believes the Titans, on a run of three consecutive victories, pose a bigger threat – even without star forward Greg Bird following his eight-week suspension.

“So they have a lot of speed, a lot of talent; their back five are very, very fast.

“I personally think this game will be our toughest game over the last month.”

The Raiders have won four of their five matches on the road so far this season, but are yet to taste victory at GIO Stadium.

Not since Canberra’s inaugural 1982 side has the club lost its first three fixtures at home.

Stuart, eager to end that run this weekend, believes the Raiders have played better and more consistent football on their own turf but the results haven’t fallen their way.

“There’s two games we could’ve won, but we didn’t,” he said.

“But it’s a situation now of just making sure we’re doing the best prep for our next game and that’s the way we look at it.

“A lot of teams are 4-4, we’re in a very, very congested competition at the moment.

“It’s just a matter of trying to win the next match.”

The Raiders have named a similar line-up to the one that beat the Rabbitohs in Cairns, with Jordan Rapana cleared to play despite hurting his cheekbone.

Stuart said consistency was key to ensuring a place in the finals later in the year.

“Everybody wants to be fighting for a top-eight spot and consistent football early in the season, right through the representative season, is very important,” he said.

“And that comes from not having a lot of injuries and players in good form, so you can create combinations and have players gel together.”