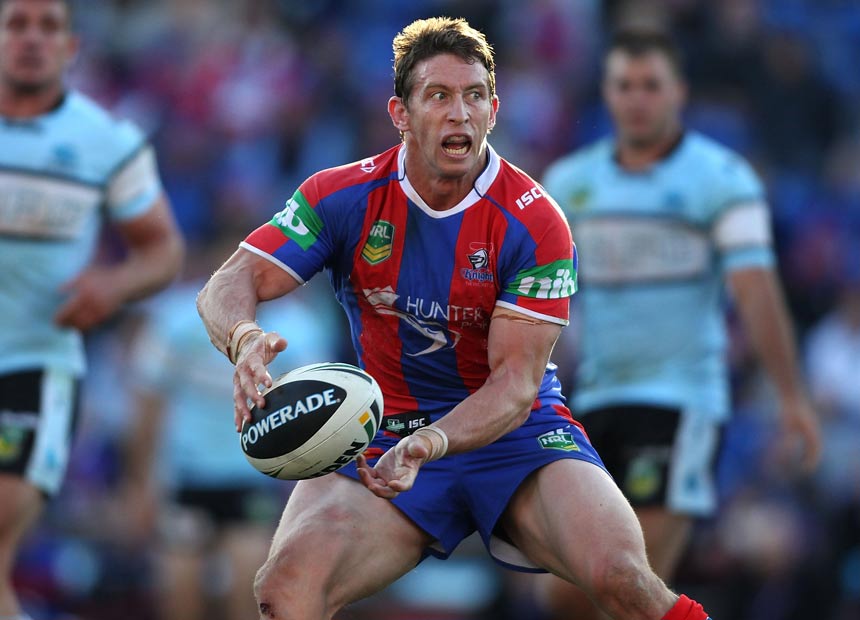 They picked the wrong house.

Three young thieves found themselves in hot water after attempting to rob the home of Newcastle Knights player Kurt Gidley and his family.

According to the Newcastle Herald, the father of two returned home from a dinner on Saturday night to hear the sound of people entering his property in Mereweather, New South Wales.

Using snap judgement, Gidley employed his experience as an on-field defender to chase down the teenage trio and tackle one of the men in nearby bushland.

Gidley then took the 16-year-old to a nearby home, asking a neighbour to call the police before he set out looking for the two other offenders.

Local police managed to track down the pair, arriving on the scene a mere ten minutes later to take the matter out of Gidley’s hands.

Gidley, who recently welcomed a baby daughter with his wife Brooke, said chasing the thieves was a no-brainer.

“When I heard the noises and visibly saw them I wasn’t prepared to let them get away,” he told the Newcastle Herald.

“I didn’t want to lie in bed wondering who they were and what they were doing.

“I only had a pair of shorts on, no shoes or shirt and it was raining at the time.”

The utility said he had since received a personal apology from one of the would-be thieves.

“I think it takes a fair bit of courage to come around in person to apologise,” Gidley said.

“The message from that is that I think he’s learnt his lesson.

“He came by with his father and he was pretty ashamed and embarrassed.”

“I just said to him that it’s a pretty ordinary thing and the consequences could have been a lot worse.

“He could have entered the home of someone who was a lot more aggressive.”

A16-year-old man has been charged in relation to the incident and will appear in Broadmeadow Children’s Court on January 12.

Kurt Gidley was clearly the wrong person to rob. Who else should thieves avoid? Tell us in the comments section below or on social media with the hashtag #WrongPersontoRob.