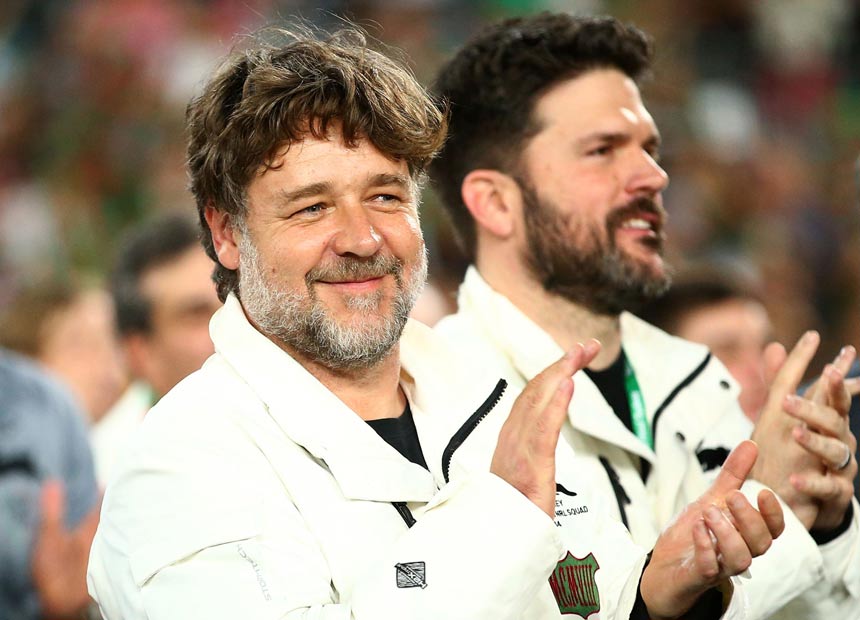 “South Sydney is really about the South Sydney community, which is one of the areas I grew up in.

For Crowe, the enthusiasm when discussing his hometown team is unbridled and obvious to all – he cites complex rugby league factoids off the top of his head and is filled with a father’s pride when talking about the momentous win.

“Steve Mascord, I think, wrote ‘this is a movement, it’s not just a football team’,” Crowe recalls.

“You look at that crowd in the stand that day and you feel that energy. A crowd of 83,833 people, 4.65 million households tuned in on television, about 700,000 more than the AFL grand final. It was an exciting day, an exciting moment.”

According to Crowe, the Rabbitohs’ October defeat of the Canterbury Bulldogs has brought more than just sporting glory.

“I’m talking about Aboriginal health services, I’m talking about the players visiting primary schools and letters from the education department saying that truancy is down because the kids want to be there if the footy players are coming.”

As for his own reaction to the historic win, Crowe says his immediate response surprised him.

“Over the years as a fan I’ve imagined and daydreamed about what I would do in that moment. Will I yell? Will I scream? Drop to my knees and offer a prayer of thanks?” Crowe laughs.

“All that happened in the moment when I knew we couldn’t be pegged was I just got a very deep, quiet sense of satisfaction.

“I call it my quiet smile. Whenever someone brings up that moment the first thing that happens is the quiet smile.”

So…Oscar or premiership? We think we have our answer.