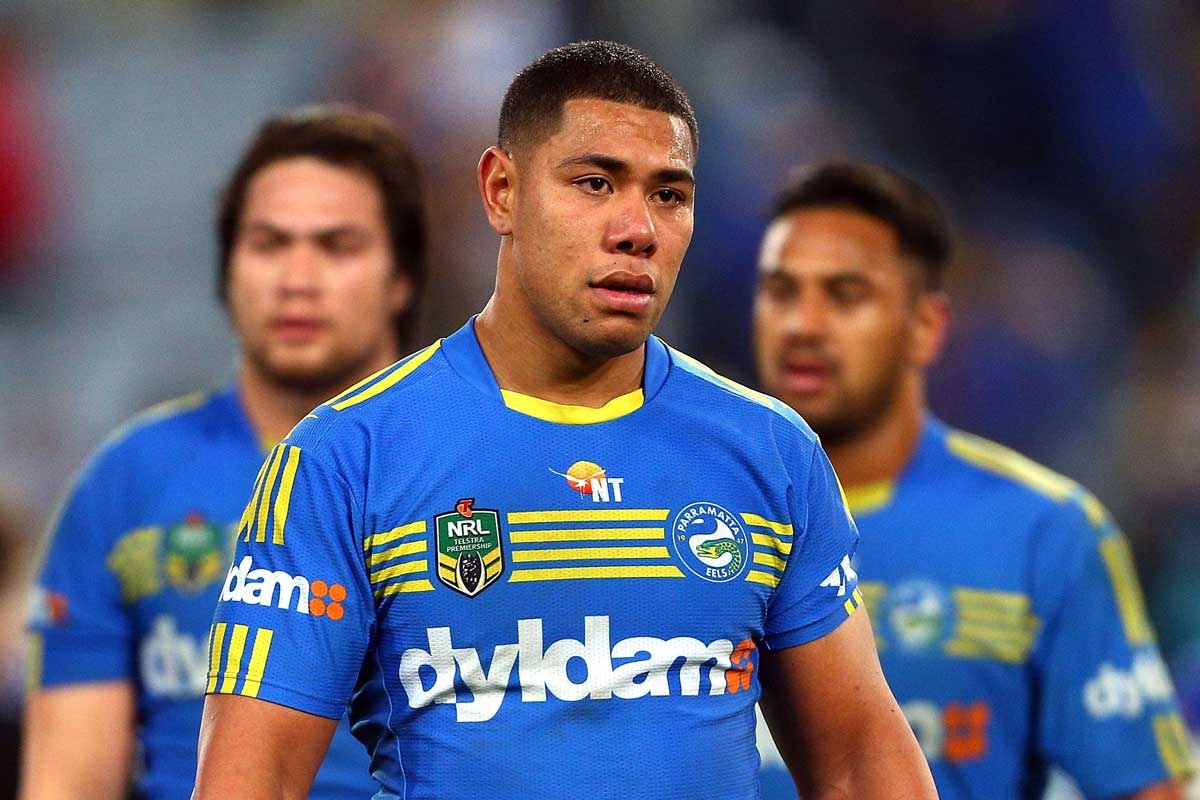 Ridiculous rule to blame for ‘ballboy-gate’

It was an unnecessary rule-change with absurd stipulations that has inevitably bitten the NRL on the backside.

Now the code’s fumbling brains trust must swallow their pride, for a change, and eradicate the 40/20 quick-tap rule before another finals series is mired in an officiating furore.

‘The Eels were robbed’ calls flooded the aftermath of Canterbury’s dramatic 18-16 defeat of Parramatta on Friday night, following a potential match-winning try to Chris Sandow from a quick tap being denied after the same player had nailed an extraordinary 40/20 in the dying minutes.

But the referees followed the letter of the law and made the right call. The new rule brought in at the start of the season states the ballboy must leave the ball on the touchline before a quick tap can be taken, but the youngster in question passed the ball to Eels winger Vai Toutai, who fired it to Sandow.

To burden a 12-year-old kid with the responsibility of servicing a game-changing passage of play is ludicrous.

But just as galling is the fact it is a rule that never needed changing. The 40/20 has been one of the great rule innovations of the modern era; it was already a huge momentum-changer, and not one that required the added bonus of a quick tap.

The NRL has to move this week and change the rule back to the way it was. One big game has already been overshadowed, and with the myriad possible on-field and video-box disasters teetering throughout September, the league can do itself a favour and take one out of the equation.

Furthermore, the NRL-employed ground official who allegedly had the Parramatta ballboys in tears for ‘costing the Eels the game’ should be rubbed out for good if the claims are substantiated – totally unacceptable.

A couple of weeks ago, everyone was wondering how any team was going to challenge Manly for the title. But the usual suspects started their charge in round 23, with South Sydney, Melbourne and Sydney Roosters racking up huge victories as the championship stages of the 2014 season loom.

The Greg Inglis-inspired 42-16 thrashing of a desperate Brisbane side briefly propelled the Rabbitohs to top spot on the ladder; the Storm gave their for-and-against a much-needed boost and kept their top-four hopes afloat with a 48-6 drubbing of Cronulla; and the Roosters spanked the embattled Tigers 48-4 courtesy of a seven-try second-half blitz in the wet at Leichhardt Oval.

The three heavyweights have endured patchy campaigns, but are all hitting their straps as the NRL regular season heads into the straight.

Meanwhile, the Sea Eagles followed up their comprehensive loss to Souths with a scratchy 15-12 eclipse of the undermanned Gold Coast. The premiership race is still wide open, but it’s the ‘Big Four’ that are cracking the whip at present.

Two heads are not better than one

If there was ever an advertisement for the necessity to go back to the one-referee system, it was the Knights-Warriors encounter on Sunday afternoon.

Besides the inconsistencies and indecision that permeated the Hunter Stadium clash, this game – among countless others in 2014 – highlighted that the NRL does not have 16 competent whistle-blowers to call upon each week, let alone eight.

Referee Gavin Morris’ clumsy obstruction of Shaun Johnson (which allowed Newcastle to score a 90-metre try from a blindside scrum play) aside, diabolical – and late – rulings on obstruction, high tackles and knock-ons defied logic and the rulebook; the Warriors had every right to be seething in the aftermath, despite the Knights’ sensational all-round effort in the 28-22 win.

It was telling that one of the best-officiated games of the year was the trans-Tasman Test – played under international rules with just one ref; the NRL needs to stop burying its head in the sand and revert to having just one man in the middle.

Week to remember for …

The St George Illawarra Dragons snapped the NRL’s most notorious hoodoo on Saturday afternoon, subduing the Canberra Raiders 34-16 to secure their first victory in the capital in 14 years – and just their second win in their last 18 clashes with the Green Machine. The result also kept the Saints’ tenuous top-eight bid alive, with wins in the remaining three rounds against Gold Coast, Brisbane and Newcastle a strong chance to propel the joint venture into the playoffs.

Week to forget for …

The New Zealand Warriors missed a gilt-edged chance to cement their first finals appearances since 2011, crashing 28-22 to an ultra-committed and physical Newcastle side. The Warriors had several chances to claim a – perhaps undeserved – win, fighting back from 14-0 down to draw level shortly after halftime, and very nearly pulling off a late escape before a big overlap with a try beckoning was foiled by an intercept, summing up their afternoon. Chad Townsend’s one-from-five day with the boot also proved critical. The Eels, Dragons and Broncos all rejoiced as the now eighth-placed Warriors left the finals door more than a little ajar.

Play of the week

Greg Inglis’ stunning second try against the Broncos stole the headlines, while gravity-defying tries with inches to spare by Brett Morris, Sione Mata’utia, David Fusitua and Manu Vatuvei also had us in raptures. But the gong this week goes to Melbourne prop Jesse Bromwich’s exquisite around-the-corner offload for Tim Glasby’s first try; it was Beetson-esque, and another pointer to Bromwich developing into one of the game’s very best front-rowers.

It’s impossible to go past Inglis, who received a rare ‘10’ rating from Rugby League Week after his three-try performance against Brisbane – just the 22nd perfect score dished out by the revered publication in 27 seasons. Special mention goes to Round 23’s other brilliant hat-trick heroes, veteran Dragons winger Brett Morris, who took his career tally to 110 in 166 games, and the Knights’ rookie flyer Sione Mata’utia, who scored his first NRL tries in his fourth appearance.

Penrith hosts North Queensland in arguably the most important Monday night match of the season to date. The courageous Panthers, decimated by injury, can put one hand on a top-four berth, but the Cowboys are on a massive roll and have ditched their away bogey. A thriller awaits, with the home side taking the slightest of edges into this one.

Disease concern for survivors of Afghanistan earthquake
Steve Smith confirmed as starter for first Test against Sri Lanka
Deadly Norway shooting treated as Islamist terrorism: Police
Matildas will be keen to forget 7-0 drubbing by Spain
Upcoming stats will reveal where and how hard rates are hitting economy
Victorian MPs pocket a tidy 2.75 per cent pay raise
Manly back on top after toppling Gold Coast
Today's Stories

How the NRL hung a young ballboy out to dry