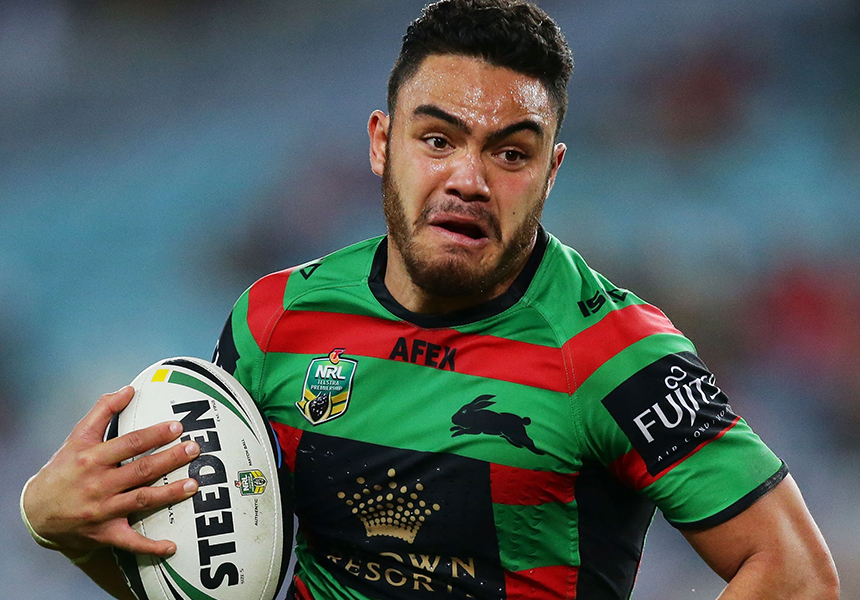 A change of coach hasn’t helped St George Illawarra as the Dragons went down 29-10 to South Sydney at ANZ Stadium on Monday night.

In caretaker coach Paul McGregor’s first game in charge since Steve Price was sacked last week, the Dragons were again off the pace and have won just one of their last eight games.

The Rabbitohs, conversely, moved up to fourth place with their seventh win of the season on the back of a comprehensive first-half display from their forwards.

They led 12-0 on the half hour after tries to Joel Reddy in the 22nd minute and Sam Burgess with a typically barnstorming charge in the 29th minute.

It could have been a greater lead after George Burgess was denied what appeared a legitimate four-pointer in the 18th minute when the video referees ruled he planted the ball short of the line.

With both sides struggling to hold onto the football, Reddy scored his second try five minutes before halftime with Greg Inglis throwing the final pass as he did for Souths’ first try.

Gerard Beale gave the visitors some hope just before the break when he scythed over out wide for the Rabbitohs to enjoy an 18-4 half-time lead before 11,771 fans.

The contest again struggled to reach any great heights after the resumption before Souths scored two tries in seven minutes between the 62nd and 69th minute.

First Adam Reynolds regathered his own kick close to the line before Dylan Walker stepped his way over for Souths to cruise to a 28-4 advantage.

Tyson Frizell restored some credibility for the Dragons when he crashed over in the 69th minute when Gareth Widdop batted down a Benji Marshall kick.

Reynolds slotted over a field goal 10 minutes from time.

In and around the ruck remains the Dragons’ achilles heel with the Burgess boys – Sam, George and Tom – all racking up big metres.

McGregor experimented with Josh Dugan in the halves and while he didn’t present a compelling case to slot into Josh Morris’s NSW spot for State of Origin II, he tried hard throughout.

Marshall again struggled for the Dragons throwing a number of poor passes before producing a no-look flick pass when in the clear late in the game to Jason Nightingale before the movement broke down.

Late in the game Dragons hooker Mitch Rein was put on report by referee Shayne Hayne for a dangerous throw on Tom Burgess.