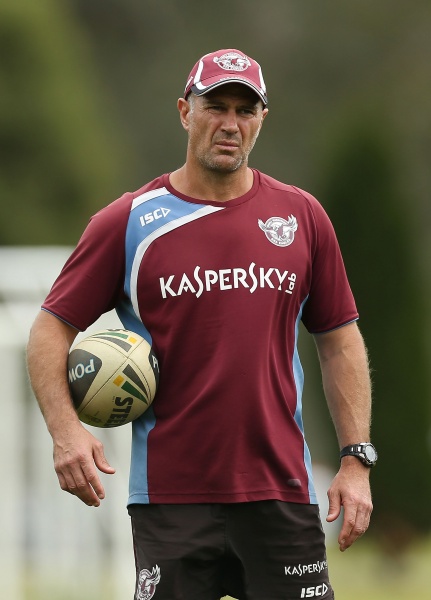 Arthur won the race for the position following an Eels boardroom backflip and he will take the reins from Ricky Stuart, who resigned last month.

Taylor reportedly had the support of the Eels board and was expected to be appointed to the position this week.

But Eels chairman Steve Sharp had been vocal in his support of Arthur and it is believed he was able to sway the vote of the board.

Arthur will guide the Eels for the next three seasons, having previously served the club as caretaker coach late in the 2012 campaign following Stephen Kearney’s sacking.

He then headed to Manly to join Geoff Toovey’s coaching staff, while he also has three years experience working as an assistant under Craig Bellamy at Melbourne.

“To return as a head coach in an area and a club where I played football as a young man is extremely humbling and very exciting,” he said in a statement.

“I have full confidence in the playing roster for next year, as well as the people at the Parramatta Eels to get this club moving in the right direction.”

Arthur, who was a leading contender for the North Queensland head coaching position that went to Paul Green, will begin his post at the Eels next month.