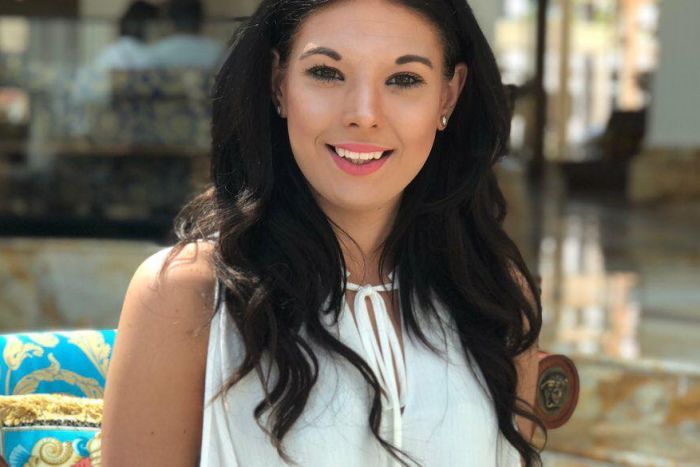 A magistrate whose relationship with a young court clerk attracted extensive media coverage says his partner was pushed “over the top” by “salacious revelations of her private life” in the days leading up to her suspected suicide.

But the newspaper that led the coverage says the 23-year-old clerk sought out the stories and co-operated with its reporter.

The engagement was shared on Instagram and sparked a torrent of media coverage criticising the relationship and raising broader questions about the culture of the courts.

Coverage about the relationship began with a front-page story in Melbourne’s Herald Sun newspaper on October 9.

The Daily Mail also extensively covered the story, including with an article quoting a “body language expert” discussing relationships with large age gaps.

The clerk was subsequently trolled on social media.

On October 28, Ms Petrie died after being run down by a car at 1:00am in Metung, East Gippsland.

Mr Higgins has now spoken to the ABC’s Media Watch about the events leading up to his fiancee’s death.

He told the program that Ms Petrie got up about midnight on the day of her death and went for a walk.

“I begged her to stay but she said she needed to clear her head. Over the next hour, she sent me four or five text and voice messages, one of which said, ‘I can’t cope with all the coverage’. She apologised to me and said she loved me but I’d be better off without her,” he said.

Mr Higgins said Ms Petrie suffered from depression and anxiety and had recently told him she was “in a dark place”.

He said the media coverage about their relationship was a factor in her death.

“She was a lovely, young, fragile, impressionable girl. I have no doubt at all that the Herald Sun and Daily Mail articles tipped her over the top.”

In a statement, Herald Sun editor Damon Johnston said Ms Petrie not only supported the stories being written about her relationship but “repeatedly asked” the newspaper to publish a story about her previous relationship with 59-year-old magistrate Costas Kilias

The newspaper supplied screenshots of the messages in response to the Media Watch story:

Mr Johnston said Ms Petrie agreed to go on the record when she was told the story would not run, saw a proof of the story before it was published and thanked the reporter for the story.

“On the day it was published she contacted the reporter, and expressed her annoyance we’d received no follow up tips,” Mr Johnston said.

Mr Johnston defended the stories as public interest journalism given concerns raised by “several senior legal figures” within the court system about the relationship, and said Ms Petrie wanted to expose a toxic culture at the court and “saw herself as a whistleblower”.

“Ms Petrie … made it clear in correspondence … that she was not concerned with the coverage and importantly did not indicate to us she was suffering any ill-effects as a result of any articles or was in a fragile state.”

But Mr Higgins said Ms Petrie was “devastated by the salacious revelations of her private life” and she had no intentions of publicly commenting on court culture.