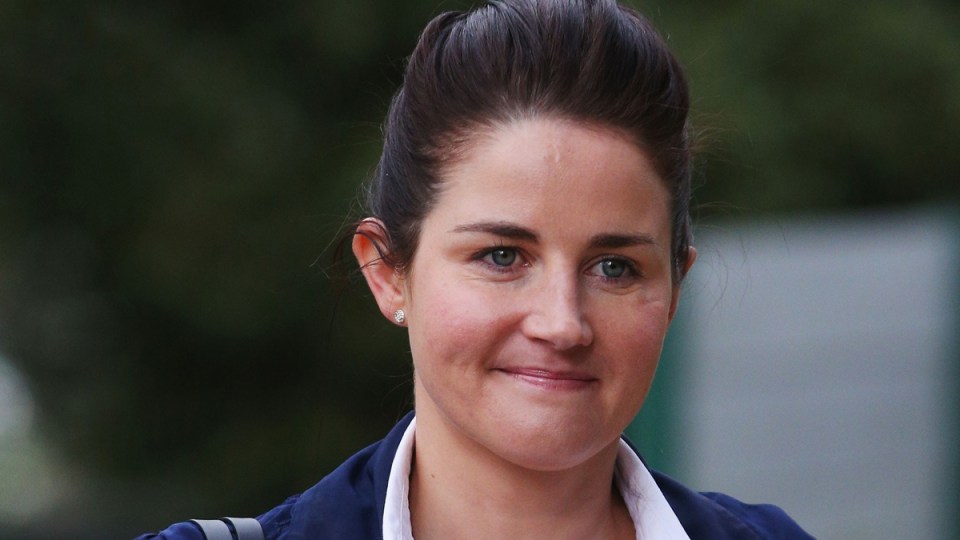 Going by some media reports, you could be forgiven for thinking jockey Michelle Payne has outdone ‘Cocaine Cassie’ Sainsbury in terms of current high-profile drug scandals.

Not nearly enough overkill, although sufficient hyperbole to conjure mental images of Payne popping MDMA like a seasoned clubber or knocking off a couple of lazy Valiums to add a dreamy layer to a weekday afternoon.

Hours after her workplace breach was trumpeted, Payne, 31, told a Racing Victoria stewards inquiry she was “embarrassed” after being hit with a four-week riding suspension for testing positive to banned substance Phentermine, which is an appetite suppressant.

Let’s get some facts straight.

Payne was prescribed the drug by her doctor after her pancreas was shredded in a near-fatal race fall last May.

That’s it. She didn’t take a performance-enhancer or inject steroids into the horse, who arguably had the bigger performance-based job on the day.

“I would like to take full responsibility,” she said after learning of her suspension.

“I regret being here today.”

Mirroring her riding style, Payne – who in May was honoured at the Longines Ladies’ Awards in the US – didn’t take a backwards step or show anything other than courage and honesty.

There was no deflecting of blame or proffering of a character reference from the Prime Minister.

Payne accepted she should have done more due diligence and took her punishment like the grown-up she is.

In that dirty, sexy world, Payne faced the equivalent of a media firing squad for stealing a stapler from a drawer.

At most meets, jockeys are grilled by stewards for a range of offences and regularly banned without attracting the attention that painted Payne’s situation as a fall from grace rather than what it is – a rap on the knuckles for a relatively minor infringement.

Star jockey Hugh Bowman – you know, the guy who rides Winx – was suspended for six weeks in 2003 for Phentermine use, and three-time Melbourne Cup winner Damian Oliver was banned for an appetite suppressant in 2009, only to successfully appeal.

Their indiscretions weren’t trumpeted with the same spotlit judgement Payne was treated to.

Riders who have drawn attention usually have more colourful reasons.

Danny Nikolic lost his jockey’s licence in 2012 for threatening stewards and in a hearing last October to have it re-issued he admitted lying under oath and described Racing Victoria’s chief steward – the man he once called a “f—ing c—” – as “corrupt”.

And even as Payne was delivering her 2015 Cup acceptance speech, stewards were investigating the loose cannon ride by Frankie Dettori, which led to a $20,000 fine and one month’s suspension.

Payne is a hard-working professional who has had anything but a smooth ride in life before and after her history-making Cup victory.

A reasonable expectation would be that when she has success, it carries equal weight on front pages that have milked her stupid mistake.