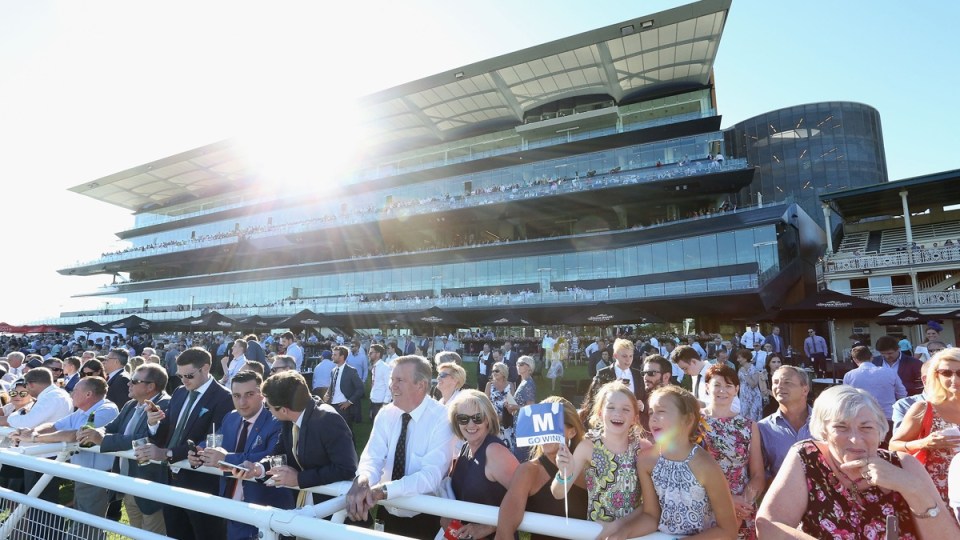 A big crowd in attendance at Randwick racecourse. Photo: Getty

It has been a big month in horse racing.

On the track, Winx kept winning while She Will Reign took out the $3.5million Golden Slipper.

But it is the action off the track that should have Melbourne racing fans worried.

The talk that really hit the headlines was the news the Melbourne Cup could be moved from the first Tuesday in November to later in the month.

While that discussion was scotched by the Victorian Racing Club [VRC], changes to the $3 million Caulfield Cup look likely.

In April, the Melbourne Racing Club (MRC) will decide if the Caulfield Cup should remain a handicap lead-in to the $6.1 million Melbourne Cup or become a weight-for-age race.

The shift would junk a long-standing tradition, but these are challenging times for Melbourne’s VRC and MRC.

Emirates has just announced that it will end its $5 million sponsorship of the Melbourne Cup.

It follows Crown’s decision to end its 21-year sponsorship of the Oaks.

It isn’t good news for Melbourne racing but there is a reason why.

The harbour city is pushing to become Australia’s horseracing capital.

And it is pushing hard.

Melbourne’s spring might attract the party-goers and the fly-in-fly-out international stayers, but Sydney’s autumn pits the turf’s real stars, the sprinters, in Australia’s most significant races.

Sydney’s Australian Turf Club (ATC) realises that sprinters are our market’s strength and has structured its racing calendar and prize money accordingly.

Besides the $6.1 million Melbourne Cup, the Spring Carnival has the $3 million Caulfield Cup and Cox Plate, and the $2 million Emirates Stakes.

The Slipper and Doncaster Mile offer over $6 million in total.

With the $2.5 million TJ Smith Stakes and the $2 million Australian Derby, the Doncaster is one of eight Group 1 races run over two Saturdays in early April at Randwick.

But the real game-changer in the racing market has been the ATC’s introduction of Australia’s richest race, the $10 million Everest, just as the Spring Carnival kicks off.

This is the real worry for the VRC and MRC.

As the name suggests, the Everest is intended to be Australian racing’s peak event, not just next spring, but across the calendar.

With its $10 million purse, it is in racing’s big league, shouldering the $US12 million Pegasus World Cup in Florida and Dubai’s $US10 million Gold Cup.

The purse will attract top-end local and international sprinters, and steal the limelight from the $1 million Caulfield Guineas which will be run in Victoria on the same day.

Victorian racing authorities and the state government have done their best to gloss over the news.

He was supported by VRC CEO, Simon Love, who suggested the Melbourne Cup remained “the pinnacle of the Australian racing and social calendar”.

Such spin cannot mask the fact that Sydney controls the autumn and is now making a play for the spring.

Thirty years from now the Queen Elizabeth Stakes, Golden Slipper and the Everest will be the races that stop the nation. Not the Melbourne Cup.

Yes, Flemington will still have its party and the Cup, but Rosehill and Randwick will run the races that really matter.