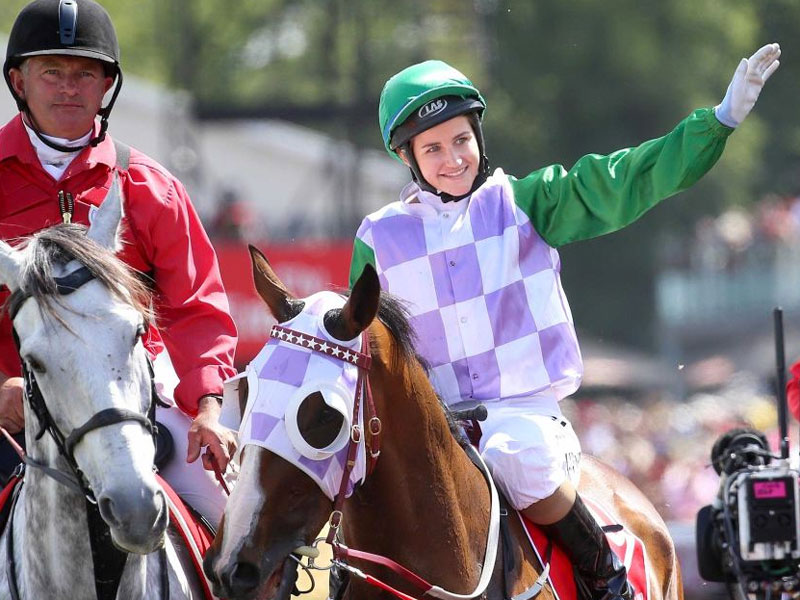 Michelle Payne insists she still has the desire to be a professional jockey, after she was released from hospital on Wednesday following a terrifying race fall in May.

Payne was hospitalised in Mildura immediately after the incident, then underwent emergency surgery on her abdomen and pancreas at Melbourne’s Alfred Hospital approximately 24 hours later after reporting acute pain.

Because this was the third fall of her career, questions were raised about whether the 2015 Melbourne Cup winner would ever get back in the saddle.

“I’ve still got the fire in the belly,” Payne said outside hospital on Wednesday. “It is still there but I just want to get home and concentrate on getting better, make sure I take the time to relax and make the right decision when the time is right.

“Obviously a lot of questions have been asked whether I’d ride again. It is something that I don’t want to be pressured in to making comment on yet.”

She said the pain from the surgery and fall was “pretty intense” and that doctors had ordered her to “take it pretty easy” for at least the next month.

If she were to return to racing, Payne would taking precautions during preliminary training at least.

Racing Victoria doctor Gary Zimmerman would also be involved heavily in any decisions that were made.

Payne told Sky Sports Radio she would wear a “binder”.

“A binder will help protect my organs and the scar for the next month or when I start training again.”

Payne took Australia by storm when she rode Prince Of Penzance to victory in the 2015 Melbourne Cup, overcoming odds of 100-1.

Following the triumph, when she became the first woman to ride a Melbourne Cup winner, Payne was outspoken about sexism in her sport.

She previously had two nasty falls, one in 2004 that left her with a fractured skull and bleeding on the brain, prompting her family to urge her to give up the sport she loved.

She chose to continue her career, but had another bad fall in 2012, when she was thrown over the head of El Devine shortly after the start of a race at Donald.

That left her with four fractured vertebrae and broken ribs, and in September that year – a month after resuming racing – she suffered another fall at Ararat.

The latest injury has forced Payne to give up lucrative rides in Europe, including in France and at Royal Ascot in the United Kingdom.

It was also rumoured that Payne would be meeting the Royal family, including the Queen, while in Europe for the rides.

Michelle Payne has ‘fire in the belly’ to ride again