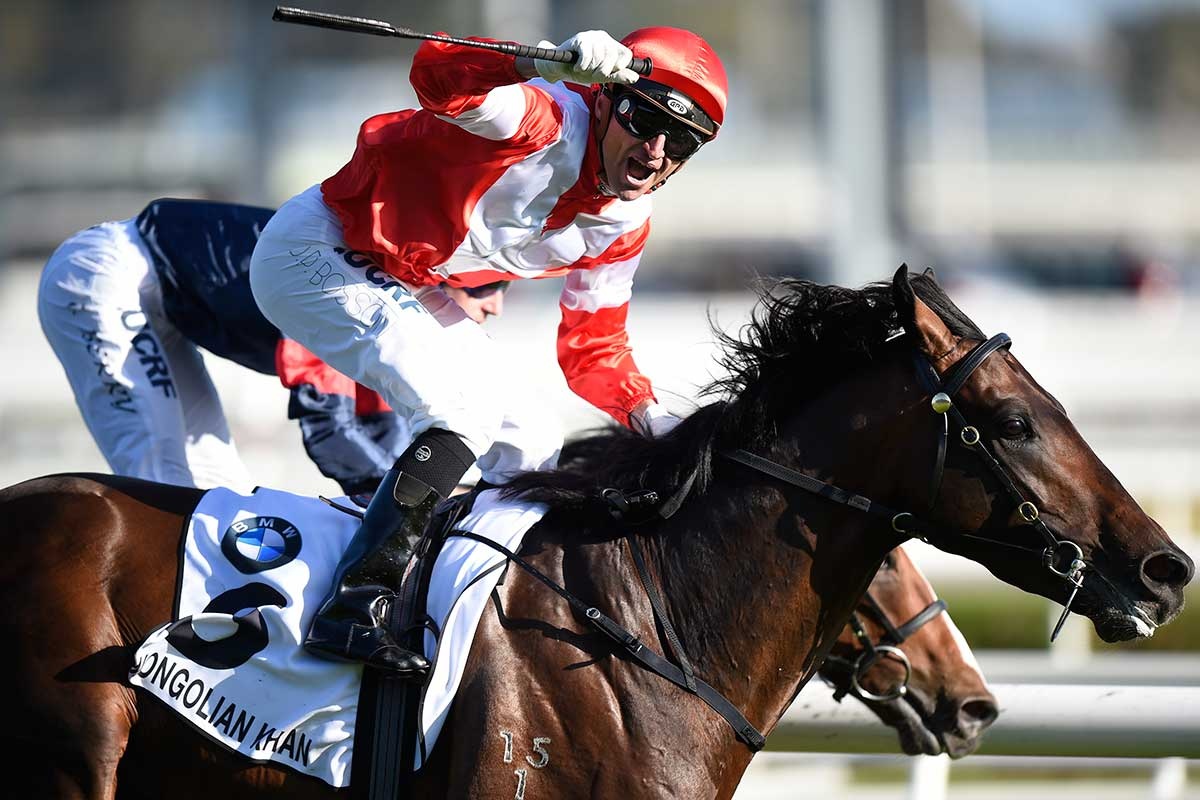 Ridden by Opie Bosson, the Murray Baker-trained stayer scored from Trip To Paris and Our Ivanhowe.

The victory was well received by punters who backed the Kiwi raider into favouritism after his bold third in the Caulfield Stakes a week ago.

Bosson settled Mongolian Khan in the first half of the field and made his move to attack the leaders approaching the turn.

“The plan was to make it a stayer’s race in the straight. We know he can run 2,400m and it worked out,” Baker said.

“I’ve been coming here for a while. I think they gave me one for good attendance.”

Baker had finished in the placings in three Caulfield Cups before Saturday.

It was Bosson’s first ride in the Cup and was “by far my biggest thrill in racing”.

“He was beautiful and relaxed. He cruised through it when I wanted him to — 2,400 metres, he eats it up,” Bosson said.

“A big thanks to Murray and the team. I can’t believe it won.

“I want to thank everyone, my parents, and they will be so happy, and my girlfriend Emily has been supporting me hard, getting my weight down and making sure I eat properly.

“Everything is paying off.”