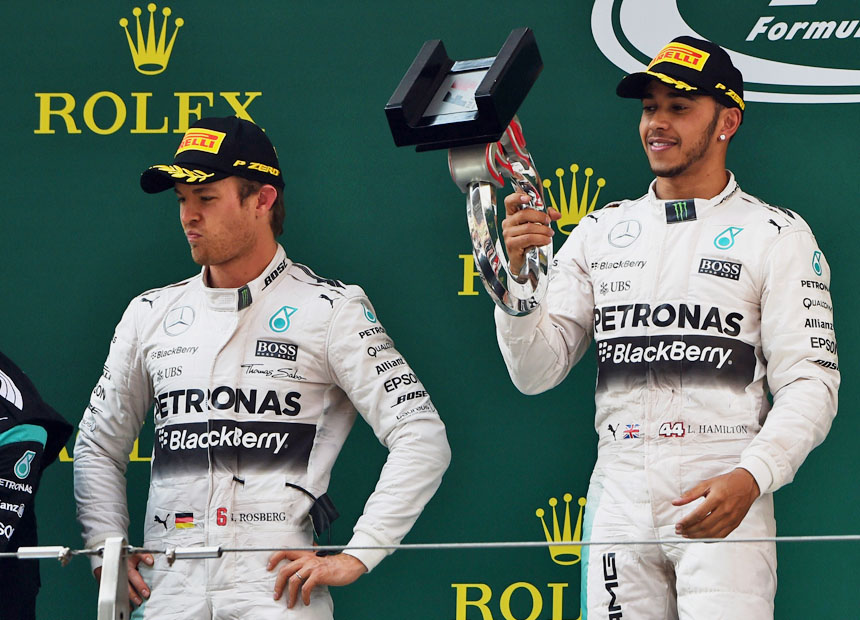 Lewis Hamilton’s celebrations after winning the Chinese Grand Prix have been cut short during a frosty press conference with Mercedes teammate Nico Rosberg.

Rosberg placed second during the weekend race but blamed Hamilton’s bad driving for slowing him down and costing him another race.

• COMMENT: Why I’ll ignore the Formula One circus
• Rosberg hit me ‘to prove a point’, says Hamilton

He accused Hamilton of driving slower than necessary as Ferrari’s Sebastian Vettel, who placed third, closed-in.

“It’s now interesting to hear from you, Lewis, that you were just thinking about yourself with the pace in front,” Rosberg said.

“That was compromising my race because driving slower than was maybe necessary in the beginning of stints meant that Sebastian was very close to me.”

“It cost me a lot of race time as a result… I’m unhappy about that.”

Hamilton rejected the allegation, saying it wasn’t his job to “look after Nico’s race”.

“My job is to manage the car and bring the car home as fast as possible,” Hamilton said.

“If Nico wanted to get by he could have tried, but he didn’t.”

Rosberg complained over the team radio during the race and was heard telling the Mercedes pit wall to instruct Hamilton to speed up.

“This is the only way to win — they’re all the same. Lewis was better this weekend,” Mr Lauda said.

“Lewis had pole position and controlled the race from the beginning to the end.

“There’s nothing more to say. Therefore, I think there’s no need to quarrel.”

Hamilton and Rosberg have a famous long-running rivalry, with Hamilton accusing Rosberg of deliberately crashing into him during the Belgian Grand Prix last August.