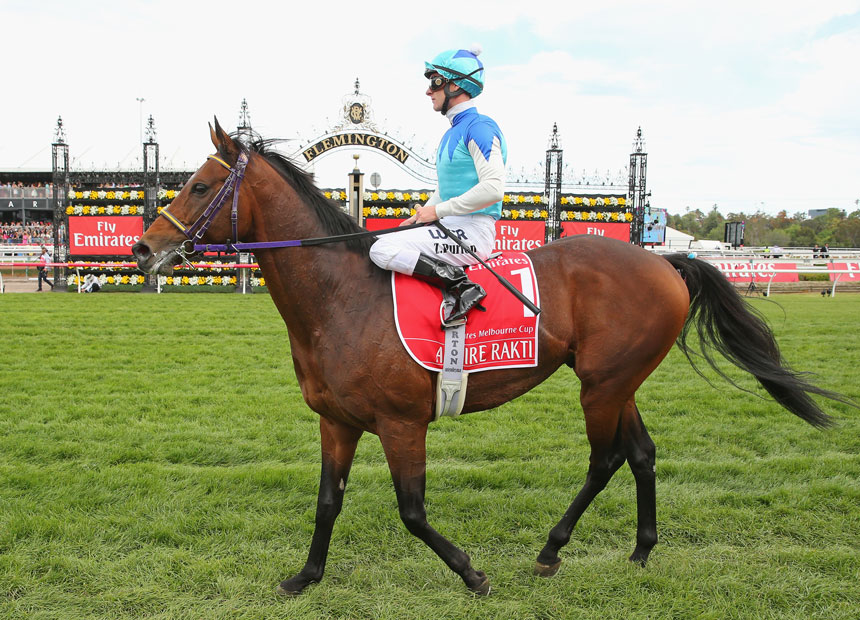 Racing Victoria has released a stewards’ and veterinary investigation into the death of Japanese horse Admire Rakti following the Melbourne Cup, which found the horse had died from acute heart failure from natural causes.

Caulfield Cup winner and Melbourne Cup favourite Admire Rakti finished last after being pulled up by jockey Zac Purton in the finishing straight at Flemington, before the horse collapsed on returning to its stall and could not be revived.

An investigation was launched last month into the death, and the results were released on Monday.

“Following an extensive post-mortem examination and investigation we are of the opinion that Admire Rakti died of acute cardiac failure as a result of a cardiac arrhythmia (irregular heartbeat) that can be attributed to natural causes,” Dr Brian Stewart, Racing Victoria’s head of equine welfare and veterinary services, said in a statement.

“We did find uncommon changes in Admire Rakti’s kidney which required additional analysis and review by kidney experts. It was ultimately determined that those changes can be attributed to natural causes.

“This death has been categorised as a sudden death which are thankfully very uncommon in Victorian thoroughbred racing with the recorded incidence 0.007 per cent of an average 43,500 starts each season.”

The post-mortem examination found unusual changes in the horse’s kidney that could have been caused by a lack of oxygen prior to death, exposure to toxins prior to death, or very rapid natural decomposition after death.

Racing Victoria called for analytical tests to narrow down the cause and then sought opinions from experts including specialist kidney pathologist Dr Rachel Cianciolo from Ohio State University in the United States.

No trace of toxins was found and Dr Cianciolo’s opinion was that the kidney changes were due to rapid decomposition.

“Although very uncommon, based on the analytical testing and expert opinions obtained, the changes seen in Admire Rakti’s kidney can be attributed to natural causes,” Racing Victoria said.

Admire Rakti had bucked at the barriers before the race, but the stewards found that this was in keeping with the horse’s pre-race behaviour in other races in Japan and Australia.

“We are satisfied that the horse was presented in a fit state free of any substances that could have contributed to its death and unfortunately it has suffered a rare sudden death due to heart failure,” he said.

“In tabling these results we once again extend our condolences to the connections of Admire Rakti who are still naturally devastated at the horse’s passing in such tragic circumstances.”