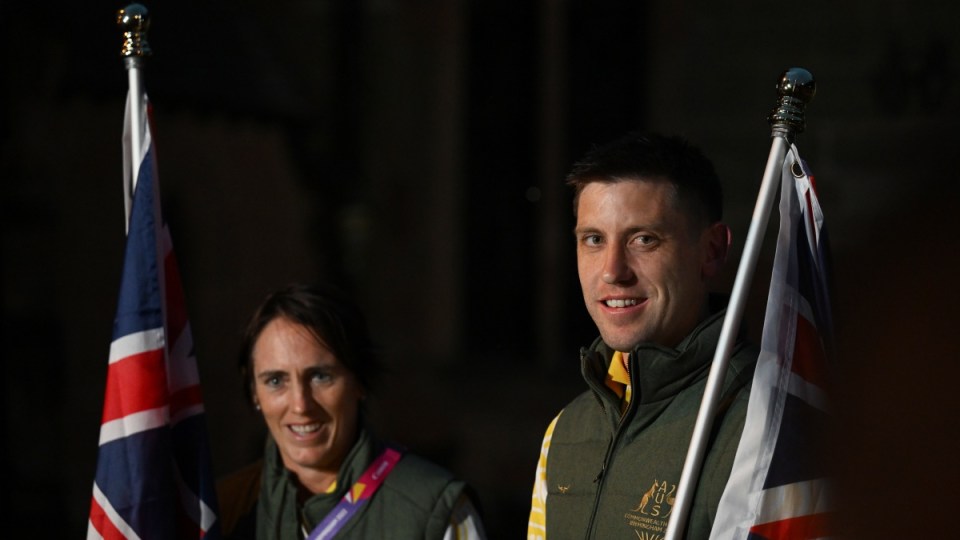 Eddie Ockenden and Rachael Grinham have been named flagbearers for the Australian team in Birmingham. Photo: AAP

Following on from dual flagbearers at the Tokyo Olympics – where Cate Campbell and Patty Mills had the honour – 45-year-old Grinham and Kookaburras veteran Ockenden will lead the team into Alexander Stadium on Thursday night (Friday morning AEST).

Ockenden follows in the footsteps of another Kookaburras co-captain, with Mark Knowles the flagbearer four years ago on the Gold Coast.

He also joins Knowles as only the second Australian hockey player to go to four Commonwealth Games.

Grinham – who has two golds amongst her eight Games medals – is the first squash player to carry the flag as she prepares to compete at her sixth Commonwealth Games.

“These decisions are not just based on how many Games they have been too – they have to be model athletes and both Eddie and Rachael certainly tick that box,” Thomas said.

“Although we don’t actually have team captains, they do become our unofficial team leaders so it is a great honour.

“We saw the dual flag bearers in Tokyo last year and so often there is more than one stand-out athlete and it’s great to have that equal representation.”