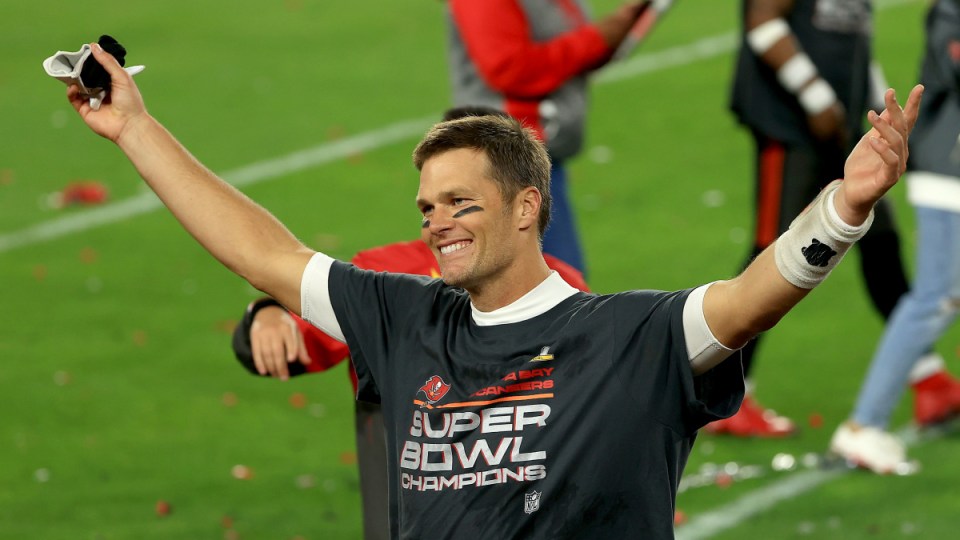 Tom Brady has reportedly signed a $540 million deal to work as an NFL analyst when he retires. Photo: Getty

Tom Brady says he’s returning to the Tampa Bay Buccaneers for his 23rd NFL season, just six weeks after he announced his retirement.

The 44-year-old called an end to his illustrious career on February 1 before saying a week later he was happy with his decision but wouldn’t mind reconsidering it declaring “you never say never”.

On Sunday the seven-time Super Bowl champion announced his decision on Twitter and Instagram, saying he has “unfinished business”.

“These past two months I’ve realized my place is still on the field and not in the stands. That time will come. But it’s not now. I love my teammates, and I love my supportive family. They make it all possible. I’m coming back for my 23rd season in Tampa. Unfinished business LFG,” Brady tweeted on Sunday.

Brady guided the Buccaneers to a Super Bowl title after the 2020 season and the NFC South championship last season.

Brady ends retirement to return to the NFL