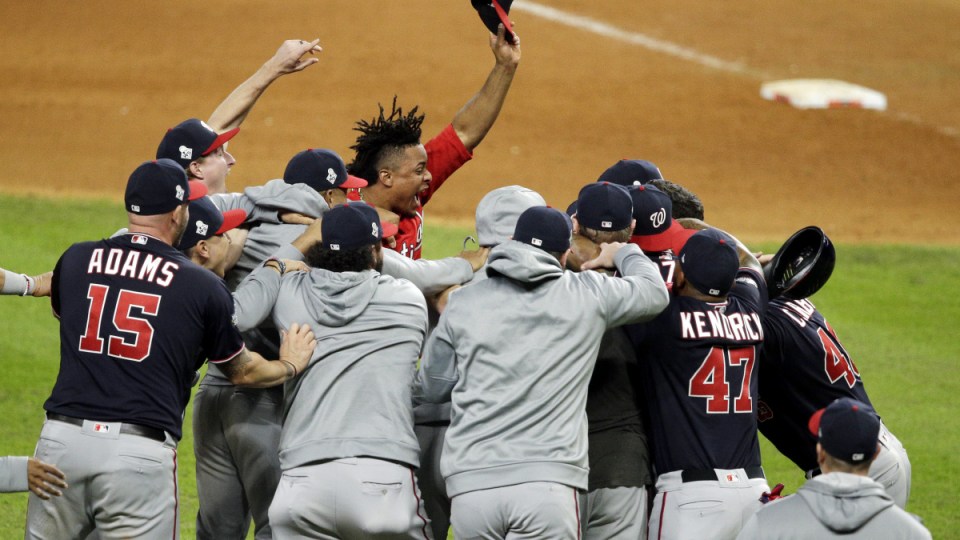 The Washington Nationals came back yet again to clinch the World Series on Wednesday with a 6-2 Game Seven win over the Houston Astros on the road.

The Washington side came back from a 0-2 deficit with three runs at the top of the seventh inning, adding another in the eighth and two more in the ninth.

The Astros were kept scoreless since their second run in the fifth inning.

The pattern is a familiar one for the Nats, who bounced back from a 19-31 start of the season and also came back against the Milwaukee Brewers and the Los Angeles Dodgers in the post-season.

The Nationals won the first two games of the series in Houston but dropped three in a row at home, to then bring it back to 3-3 on Tuesday and sealing the title with a fourth win on the road and creating another first in Major League Baseball (MLB).

Never in MLB history had the road team won the first six games of the World Series, let alone all seven.

This is has also never happened in National Hockey League or National Basketball Association play-offs.

The Nationals, who started off 1969 as the Montreal Expos, clinched the first title in the franchise’s 51 seasons.

This is also the first championship for a US capital team since the Washington Senators won in 1924.