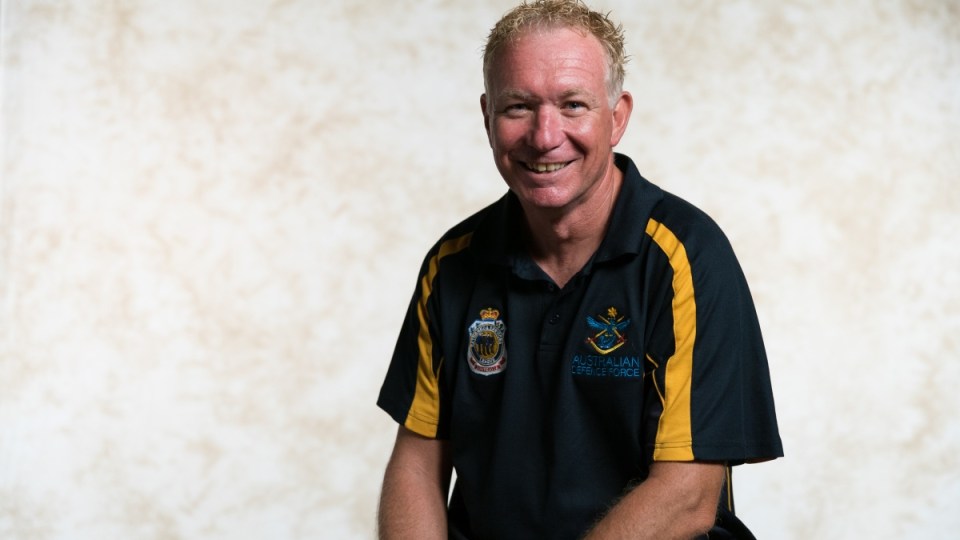 "You’ll be walking around a stadium and you get a tap on a shoulder, you look around and it’s Harry saying how are you going, just like one of the boys," says Jeffery Photo: Supplied

Rolling off the wheelchair-rugby court at the Toronto Invictus Games last year, Danny Jeffery was only thinking about a shower and a rest.

“I was exhausted, head down, pushing off the court, up the tunnel, and a hand appeared in front of me and a voice said, ‘Well done’,” recalls the former RAAF aeronautical engineer and squadron leader.

“I looked up and it was Harry. He was there shaking all our hands as we rolled off.”

To Jeffery, a 52-year-old veteran of three Invictus Games from NSW’s Lake Macquarie, the Duke of Sussex is simply “Harry” – fellow soldier, always up for a chat.

“You’ll be walking around a stadium and you get a tap on a shoulder. You look around and it’s Harry saying ‘How are you going?’, just like one of the boys,” says Jeffery, coach of this year’s Australian wheelchair-tennis team.

That camaraderie the prince so champions is an integral part of the Invictus Games he launched four years ago, an event which in turn has sustained Jeffery throughout his ongoing recovery from what he describes as “a showbag” of mental-health diagnoses and physical challenges.

To Jeffery, who was medically discharged from service in February after a 35-year military career, “Invictus really shows you that you’re not alone.”

It was the other extreme in mid-2013, when Jeffery returned from deployment in Afghanistan bearing scars on his skin and soul.

“Physical injuries are pretty easy in comparison to deal with, it’s the mental-health side that’s really impacted me,” he says.

“My worst problem is nightmares, I just can’t shake the nightmares, they pretty much visit me every night.”

In January 2014 he began seeing a psychologist and they began making inroads—that year, he competed in the London Invictus Games—but a redeployment to Afghanistan in 2015 proved catastrophic.

“I had a major retrograde and put myself right back on the starting blocks again.” Today, with the help of his psychologist, Jeffery is once again on the path to healing, thanks to a “toolbox” of coping mechanisms, including medication and Max, his border-collie PTSD service dog.

Jeffery also credits his wife, Maree, for her unwavering support.

“Maree met me when I was highly functional and now it’s totally the reverse, it’s hard on those around you,” he says, explaining that a tendency to “withdraw” from people is common among those with PTSD.

“Five years ago, when I was in my darkest days, my son [now 19] was visiting on school holidays and saw dad go through a PTSD episode one night, so I had to sit down and talk with him.

I think it’s hardest on family and friends trying to understand why you’re different.

One of my mates he said he wishes I’d never gone to Afghanistan ‘cause he could just see how much it changed me.”

Through adaptive sport—he plays wheelchair tennis on the international circuit—and Invictus, Jeffery is back on track.

“I had to learn a whole new me,” says the grandfather of two. “Invictus is an international family, you form friendships and bonds with people from all around the world, you track their recovery and rehabilitation as well.

No-one talks war stories, no-one asks where you served or what you did, you don’t even ask what’s wrong with you because we all know we’ve got something wrong—it’s about how you’re dealing with it, how’s your life going?”

One of those dishing questions is a bloke called “Harry,” of course.

“He served in the same country, he smelt the smells, tasted the dust, he himself has had to transition from the military,” says Jeffery of the royal father to be.

“But he’s just so interested in everyone’s individual recovery story. Every time I bump into him or see him he’ll say, ‘How’s it going Danny? What’s been happening?’ He takes the time and he listens.”

Danny Jeffery appears on the special Invictus-inspired series of You Can’t Ask That (ABC Oct. 19-26 at 6:50 pm and ABC iview).