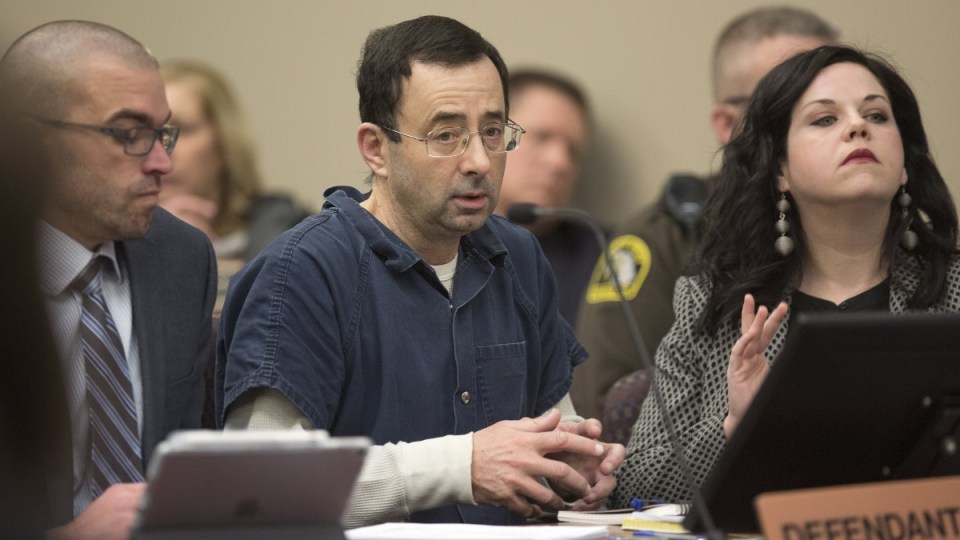 Former team doctor for the US gymnastics team, Dr Larry Nassar, has been sentenced up to 175 years in prison for the sexual abuse of young women.

After a seven-day hearing in which more than 150 young women spoke about the sexual abuse they suffered at the hands of Nassar, Judge Rosemarie Aquilina handed down the sentence, telling him: “As much as it was my honour and privilege to hear the sister survivors, it was my honour and privilege to sentence you. Because, sir, you do not deserve to walk outside of a prison ever again,” she said.

She added that she would not send her dogs to the former sports doctor, saying: “I’ve just signed your death warrant”.

Nassar, 54, pleaded guilty to multiple counts of sexual assault against girls and young women, including Olympians.

"I just signed your death warrant.": Judge to Nassar after sentencing him to 40-175 years in prison pic.twitter.com/Y7rzCzb5Oz

Nassar had faced a minimum term of 25 to 40 years on the charges.

Separately, he has already been sentenced to 60 years in prison for federal child pornography charges and has also pleaded guilty to three charges of criminal sexual conduct in Eaton County in Michigan. He is due to be sentenced on those charges on January 31.

Given an opportunity to address the court before sentencing, Dr Nassar apologised and, turning to the young women in the courtroom, said: “Your words these past several days have had a significant effect on myself and have shaken me to my core. I will carry your words with me for the rest of my days.”

Several women cried as he spoke.

But Judge Aquilina dismissed the statement as insincere, reading aloud from a letter Nassar wrote to her two months after his guilty plea.

In the letter he claimed he was a “good doctor” who was providing treatments, that he was “manipulated” into pleading guilty, and that he hadn’t been treated fairly.

“You did this for your pleasure and your control,” Judge Aquilina stormed.

Nassar also claimed his accusers fabricated claims to gain money and fame and wrote: “Hell hath no fury like a woman scorned.”

Angrily tossing the letter aside, Judge Aquilina said: “This letter … tells me that you have not yet owned what had you did, that you still think that somehow you are right, that you are a doctor, that you’re entitled, that you don’t have to listen, and that you did treatment.

“There has to be a massive investigation as to why there was inaction, why there was silence. Justice requires more than what I can do on this bench,” she added.

Nassar’s conviction this week sparked the resignation this week of the chairman and several board members of U.S.A. Gymnastics, while the body last week cut ties with the Karolyi Ranch, the Texas training centre where some of the abuse occurred.

Disgraced US gymnastics doctor gets up to 175 years for abuse