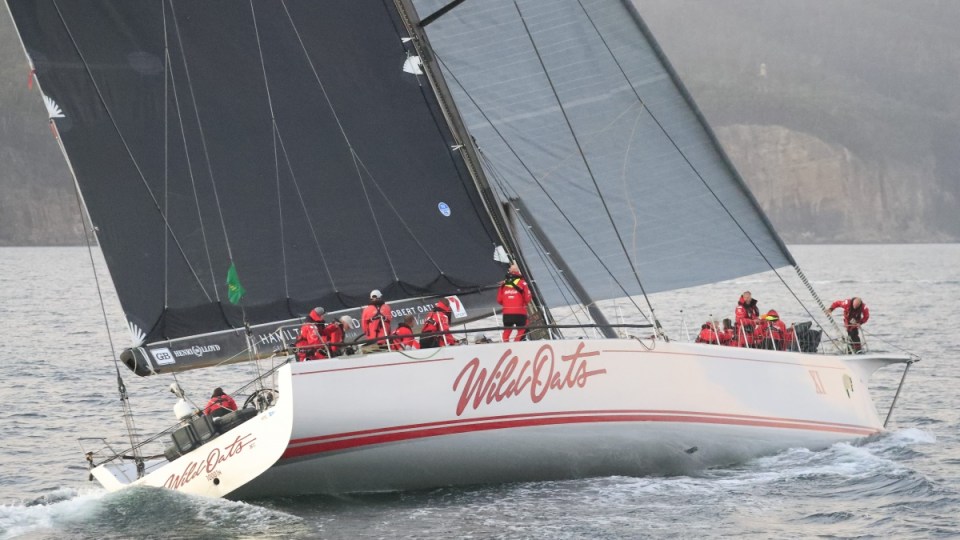 Wild Oats XI has been stripped of its Sydney-Hobart line honours. Photo: AAP

Supermaxi LDV Comanche has been awarded Sydney-Hobart line honours after its protest against Wild Oats XI was upheld over an incident early in the race.

Wild Oats XI was found to have breached race rules over a tacking manoeuvre on Boxing Day.

The eight-time winner was penalised one hour after lengthy deliberations by a five-person jury in Hobart on Thursday afternoon.

Supermaxi LDV Comanche launched the formal protest after the pair became perilously close to colliding about 15 minutes into the race on Boxing Day.

Wild Oats XI had smashed the race record, claiming line honours for the ninth time before being penalised and stripped of the win.

The Oatley-family owned supermaxi crossed the finish line in Hobart at 9.48pm on Wednesday – about 16 minutes ahead of LDV Comanche – to slash almost five hours off the time set by Perpetual LOYAL last year.

Wild Oats XI overtook LDV Comanche on the River Derwent with about five nautical miles to go after the pair had earlier flown neck-and-neck down Tasmania’s east coast.

It’s the first win for Wild Oats XI since the passing of former owner and businessman Bob Oatley last year.

Wild Oats XI, helmed by Mark Richards, had crossed the line in a time of one day, eight hours, 48 minutes and 50 seconds – though it’s now gained an hour to that time.

The previous race record was one day, 13 hours, 31 minutes and 20 seconds.

Wild Oats XI retired from the past two Sydney to Hobart races due to mechanical issues but has now set the race record for the third time.

Fuelled by a strong north-easterly, Wild Oats XI chipped away at LDV Comanche’s overnight 20 nautical mile advantage to be within a few hundred metres heading into the River Derwent.

There, it picked up a breeze to crawl into first place as her rival slowed to a near halt.