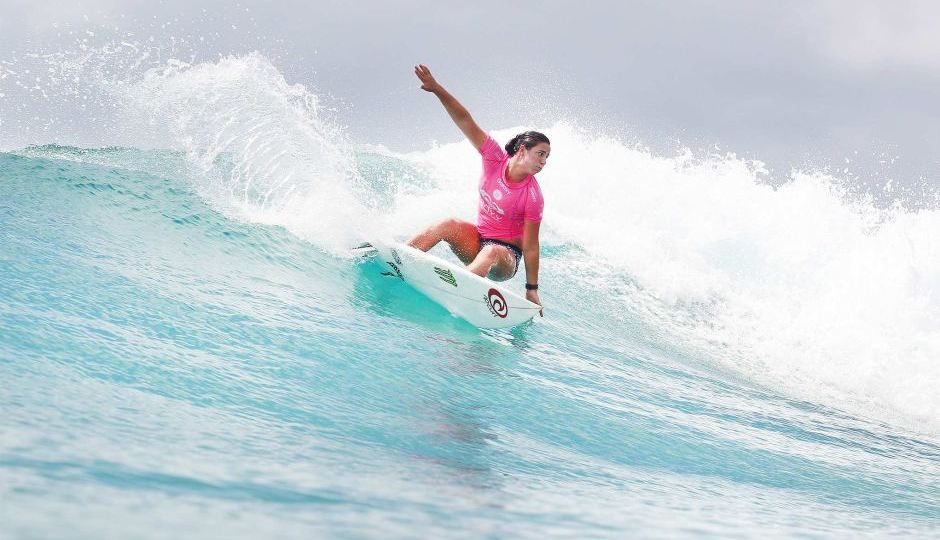 Wright clinched her second title in Hawaii last Friday despite winning just one event compared to the five she took out in a dominant 2016 campaign.

The 23-year-old, from Culburra on the NSW south coast, is spending just a couple of days in Australia.

She’s heading back to Hawaii to watch her brother Owen, who has inspired her with his successful comeback to competition after suffering a brain injury in heavy surf.

Wright is adamant she can improve in all areas of her surfing under Glenn “Micro” Hall, who recently won the coach of the year at the inaugural NSW Champions of Sport Awards.

“I’ve already started having conversations about next year,” Wright said.

We will go and pull apart everything that needs to be pulled apart and then put it back together better than it was before.”

“That’s not because I’m going to try and fix something that’s broken, I’m just trying to evolve it.”

She hasn’t given any thought to establishing the dynastic dominance enjoyed by compatriots Layne Beachley and Stephanie Gilmore, who won seven and six world titles respectively.

She was excited about the future of the sport, with the 2018 tour including an event at Jeffreys Bay in South Africa and one at multiple world champion Kelly Slater’s Surf Ranch in California.

“Our sport is changing, it’s evolving and I think that’s fantastic because I feel like it’s needed,” Wright said.

“The opportunity we have to progress our sport in the next couple of years is going to be incredible.”

Wright will continue to work on the knee she injured during the season.

She refused to use tablets or any type of painkillers, praising the the work of Californian physiotherapist Mark Kozuki for allowing her to return to competition after others suggested she could be sidelined for two to three months.

“His theories and concepts in things are a touch different from everybody else’s and I think that’s why he was able to produce such results from something that nobody else really thought possible,” Wright said.