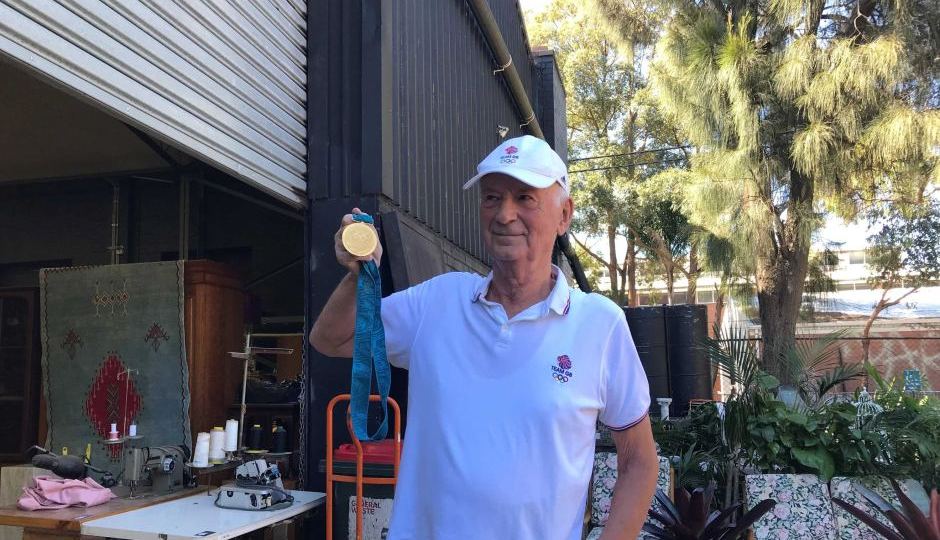 Richard Oldcorn said he does not want to pass the medal off his own but appreciated how special it was. Photo: ABC

An Olympic gold medal belonging to Australian shooter Michael Diamond has sold for more than $70,000 at a Sydney auction, with the winning bidder a former Olympian.

The medal, which Diamond won for trap shooting at the 2000 Sydney Games, was bought for $72,000 by fencer Richard Oldcorn who competed for Great Britain at four Olympics but never won his own gold.

He said he would gladly sell the medal back to Diamond at the purchase price if he ever wanted it back.

“Michael is on hard times … I would be the custodian for him, which I thought … other people probably wouldn’t do,” Mr Oldcorn said.

“It’s his, he should have it, it’s only due to poor circumstances that I’m here with it now.”

Mr Oldcorn said Diamond had always been an athlete he had an interest in due to his Olympic success.

“He’s done six Olympics which is a lot … he should have done seven I think, that was bad luck,” he said.

“Maybe he’ll do seven in Tokyo.”

Mr Oldcorn said he would keep the medal around the neck of a framed Sydney 2000 team jacket, signed by all of the gold medallists, including Diamond.

He said he was not interested in owning the medal to make it out as his own, but rather because he felt it was very special.

“You always sort of think it will be nice to have one … they are very rare,” he said.

Diamond was not at the auction but had previously said he had no choice but to sell the medal to pay off legal fees, rebuild his career and support his children.

Last month, Diamond was acquitted of three firearms offences which saw him miss the 2016 Rio Olympics, and effectively ended his illustrious career.

During a roadside breath test police allegedly found a shotgun and 150 rounds of ammunition.

He was charged with high-range drink-driving, not keeping a firearm safe and using a firearm while under the influence of alcohol.

However, on appeal, the judge found the gun was in a case and dismantled and even if someone had been drinking it didn’t “mean you can’t keep your firearm safe”.