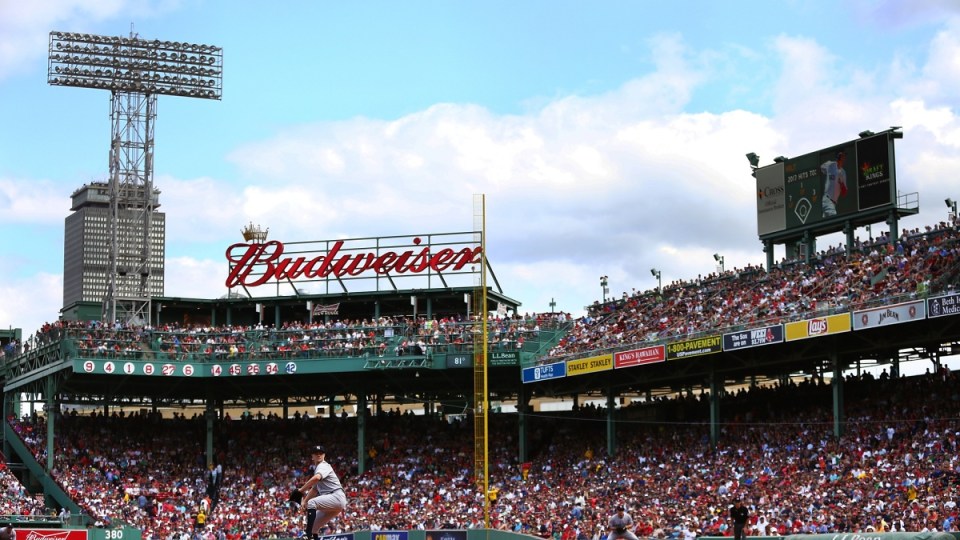 The Boston Red Sox has been found to have cheated in its series against the New York Yankees last month. Photo: Getty

The Boston Red Sox have been accused of cheating in a series against the New York Yankees by using Apple Watches to steal pitch signs, a Major League Baseball (MLB) investigation has found.

MLB commissioner Rob Manfred confirmed the ongoing investigation on Tuesday, stating the Red Sox used electronic communication from the dugout to steal opponents’ signs and relay them to Boston players during games.

It came after the Yankees filed a complaint two weeks ago, which included footage of the Red Sox dugout during their three-game series at Fenway Park last month.

According to the Yankees, the video showed a Boston staff member looking at his Apple Watch and sending a message to players, and allegedly warn them of what type of pitch they were about to face.

The strategy was used by the Red Sox for “at least several weeks”, The New York Times reported.

Boston responded to the revelations on Tuesday, filing a complaint of its own against the prestigious New York outfit for using cameras from its YES television network exclusively to steal signs.

“We will conduct a thorough investigation on both sides,” Mr Manfred told reporters.

“When you have the kind of rivalry the Red Sox and Yankees have, I guess it’s not shocking you could have charges and counter-charges like this.”

Queensland University of Technology sports and ethics expert Larry Neale told The New Daily the act of sign-stealing is a “grey area” in baseball.

According to MLB guidelines sight-stealing is not strictly prohibited, but the use of electronic equipment in doing so is.

“There’s lots of grey areas in this. Reading signals isn’t new, the issue is how they did it,” Dr Neale said.

“It’s almost a bit of hypocrisy to call it out and out cheating because everyone does it.

“The practice is widespread of trying to read other’s signs, it’s almost in a way that you have to be better at hiding how you read the signs, if you can hide it that’s ok but if you can’t hide it it’s not ok.”

Dr Neale said the growing use of technology is making it difficult for sports, including baseball, to blacklist new ways of cheating.

“It does make it easier to do in a lot of situations. Electronics does facilitate these kinds of things,” he said.

“The law of baseball has tried to keep up with it [technological growth] by saying you can’t use electronical means to do it, but it does make it easier.”

With the exception of tablets for scouting reports and cell phones for calls between the dugout and bullpen, the use of electronic devices as means of communication from the dugout are prohibited.

How is sign-stealing typically done?

In baseball, the catcher, who stands behind the opposing team’s batter, gives cues to the pitcher via hand signals of what kind of delivery should be thrown.

The exchange of information is often unbeknownst to the batter – who usually relies on the pitcher’s grip and posture for guidance.

But with a teammate on the field, for example at second base, the teammate can relay any hand signals used by the catcher they see with the naked eye to the batter.

It is unclear what penalties, if any, the MLB will take against the Boston Red Sox or the New York Yankees until the conclusion of the investigation, which Mr Manfred suggested would be done by the end of the season.