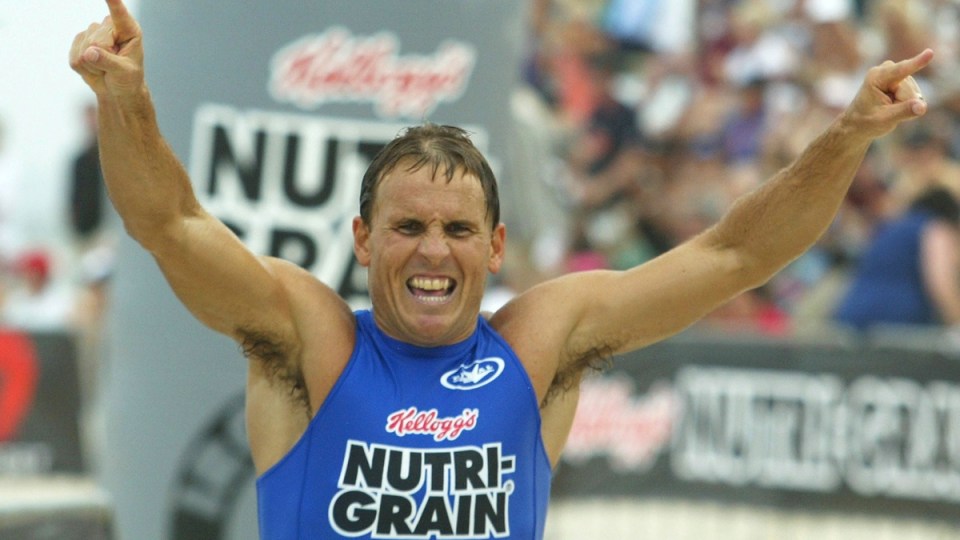 Surf lifesaving champion Dean Mercer has died at the age of 47 after a car crash on the Gold Coast.

Mercer’s car crashed into a fence in Mermaid Waters on Monday morning after he suffered a cardiac arrest at the wheel.

He was treated at the scene for around an hour by paramedics before being rushed to Gold Coast University Hospital, where he died.

The Mercer family confirmed the tragic news in a statement.

“It is with great sadness and grief that we advise that our beloved Dean – loving husband of Reen and devoted father to their four boys Brayden, 13, Rory, 11, Lachlan, 9, and Joshua, 6, passed away earlier today,” it said.

“Dean had been returning home from his regular earlier morning training session with a Masters group at Kurrawa Surf Club, where he is the director of surf sports.

“He was to call in and buy groceries for the family when he suffered a cardiac arrest at the wheel of his car and crashed into a fence on Markeri Street.

“You can only imagine the grief surrounding the Mercer family at this time.

“Dean was an amazing husband and loving father who loved nothing more than sharing his and Reen’s love of life and love of the surf.”

The statement added that Mercer would be remembered as “the little bloke with the heart of Phar Lap”.

“No surf was too big and no opponent too tall as he tackled the biggest and best in the business,” it said.

“He will go down in history as one of Australia’s greatest ironman who represented both NSW and Queensland and wore the green and gold of Australia.

“A champion bloke and a true champion in every sense of the world – taken from us too soon.”

Mercer was a two-time winner of the Australian Open Ironman title, in 1989 and 1995, as the sport enjoyed a surge in interest and free-to-air television coverage.

Ky Hurst, who competed regularly against Mercer, posted an emotional tribute on Instagram.

“Heavy heart today losing one of the greatest athletes of all time,” he said.

“Dean was someone I raced most of my career. I looked up to him as an athlete and as a friend.

“He was the perfect roll [sic] model in every way. My love goes out to the Mercer family.”

Mercer turned professional at 15 and was also a winner of five New South Wales ironman titles.

In 2014, Mercer was inducted into the New South Wales ‘Hall of Champions’ for his contribution to sport, joining the likes of Don Bradman and Dawn Fraser.

Gold Coast Mayor Tom Tate said Mercer was an idol to many.

“Dean Mercer’s passing is a sudden and tragic loss for our city,” he said.

“A husband, father and former ironman champion, Dean was an idol in the surf life saving world.

“The city’s thoughts and prayers are with Dean’s wife, Reen, and their family during this extremely difficult time.”

Mercer was given an Order of Australia for his services to lifesaving during his career.