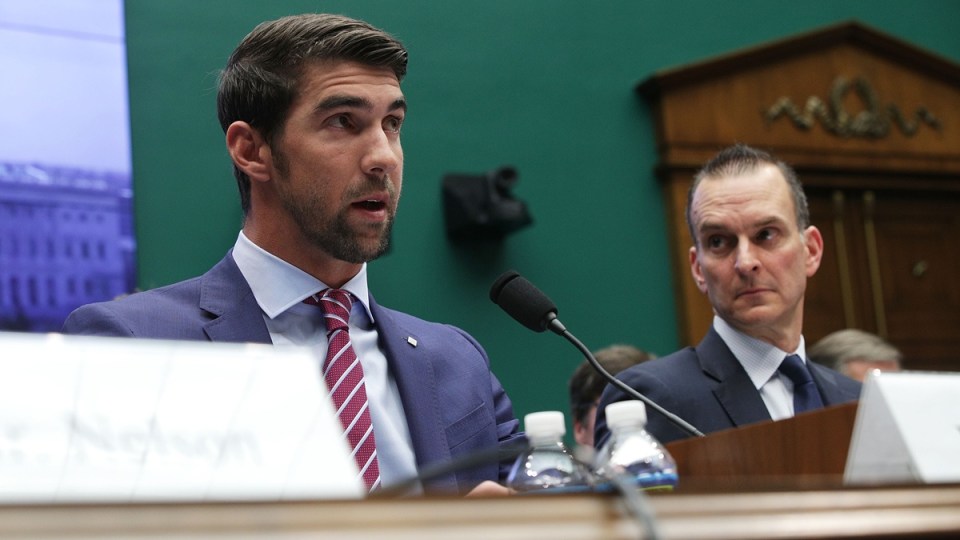 Star American swimmer Michael Phelps sensationally hit out at the integrity of the sport by saying he felt cheats had competed in every international race he has contested.

Phelps, who is the most decorated Olympian of all time with an incredible 23 gold medals, said he was comfortable when competing in all-American races.

But, speaking at a congressional sub-committee hearing on anti-doping, he said that was not the case when swimming against international athletes.

“I don’t believe I’ve stood up at an international competition and the rest of the field has been clean,” Phelps said.

“I don’t think I’ve ever felt that and I know when I do stand up in the US, I know we’re all clean because we go through the same thing.”

The 31-year-old said he did not know how alleged drug cheats got away with it, given the constant testing he has had to endure throughout his star-studded career.

“Throughout my career, I have thought that some athletes were cheating and in some cases those suspicions were confirmed,” he added.

“Given all the testing I and others have been through, I have a hard time understanding this.

“In addition to the tests in the competitions, I had to notify USADA [United States Anti-Doping Agency] where I was every day so they would be able to conduct random tests outside of competition.

“This whole process takes a toll but it’s absolutely worth it to keep the sport free and fair.”

Phelps added that the presence of drug cheats within swimming made life difficult for himself and his clean team-mates.

“I can’t describe how frustrating it is to see athletes break through performance barriers in unrealistic time frames knowing what I had to do to go through that,” he said.

“I watched how this affected my team-mates as well. Even the suspicion of doping is disillusioning for clean athletes.”

During the Rio Olympics, in which he won another five gold medals, Phelps slammed athletes who, despite being proven drug cheats, competed in the Games once their bans ended.

Phelps retired from swimming after last year’s Games but has form for back-flipping on a decision to call it quits.