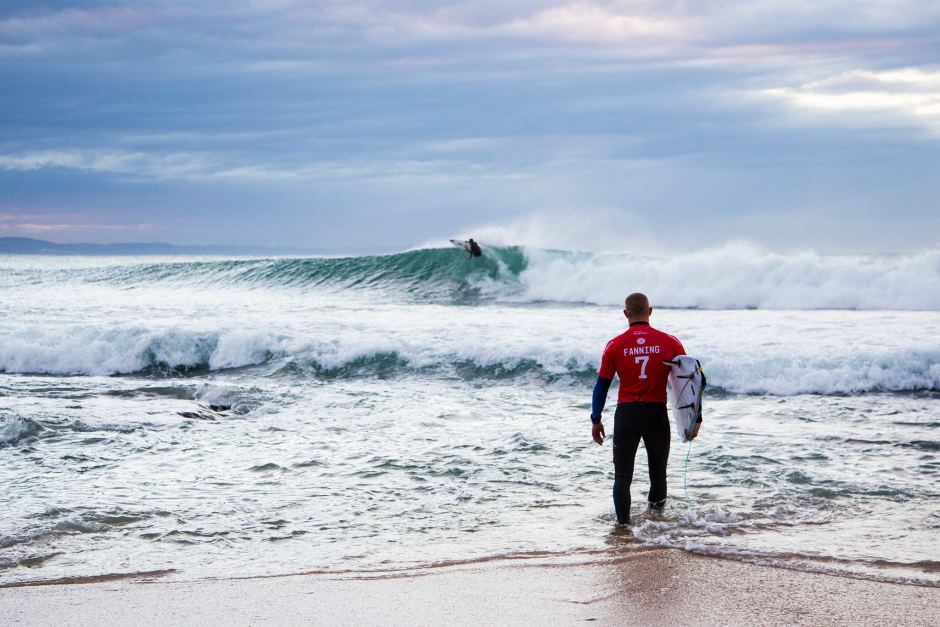 Australian surfer Mick Fanning has put the memories of last year’s near miss with a shark behind him with a spectacular win at the World Surf League event at Jeffreys Bay, South Africa.

Wilson and Fanning were matched up in last year’s now famous final at Jeffreys Bay where a large shark bumped Fanning of his board, forcing competition to be abandoned.

“It was an emotional build up coming into this,” Fanning said shortly after the win.

“Having my semi final with Julian (Wilson) was a really special moment. I’m just stoked that I came back and was able to right the wrong for last year. That was always my plan.”

The win propels Fanning to fifth on the world title rankings, but he signalled he was not chasing a world title and would still only compete in selected events for the remainder of the year.

“I feel a lot lighter not going for a title.” Fanning said.

Fellow Queenslander Joel Parkinson said he remained in South Africa after himself being eliminated to watch his longtime friend’s progress.

He said the win would enable Fanning to “finish off what happened last year.”

“He can put a ruler through it and move on with his life,” Parkinson said.

Despite being eliminated in the earlier rounds, Australia’s Matt Wilkinson retains the world ranking lead heading into the next event at Tahiti’s infamous break, Teahupoo.

The event also signalled a welcome return to form for 11-time world champion Kelly Slater, who surfed his way through to the quarter finals before being eliminated by Australia’s Josh Kerr.

Slater said Wilkinson would start to feel the heat coming into the Tahitian event given he was now being trailed by Florence, who moves to second on the rankings and former world champion, Gabriel Medina, both who have displayed great form at the dangerous break.

“Get on a plane straight away Wilko,” Slater joked in a post-heat interview.

“Things are going to get real interesting coming into Teahupoo. It’s going to be interesting to see how he handles that.”