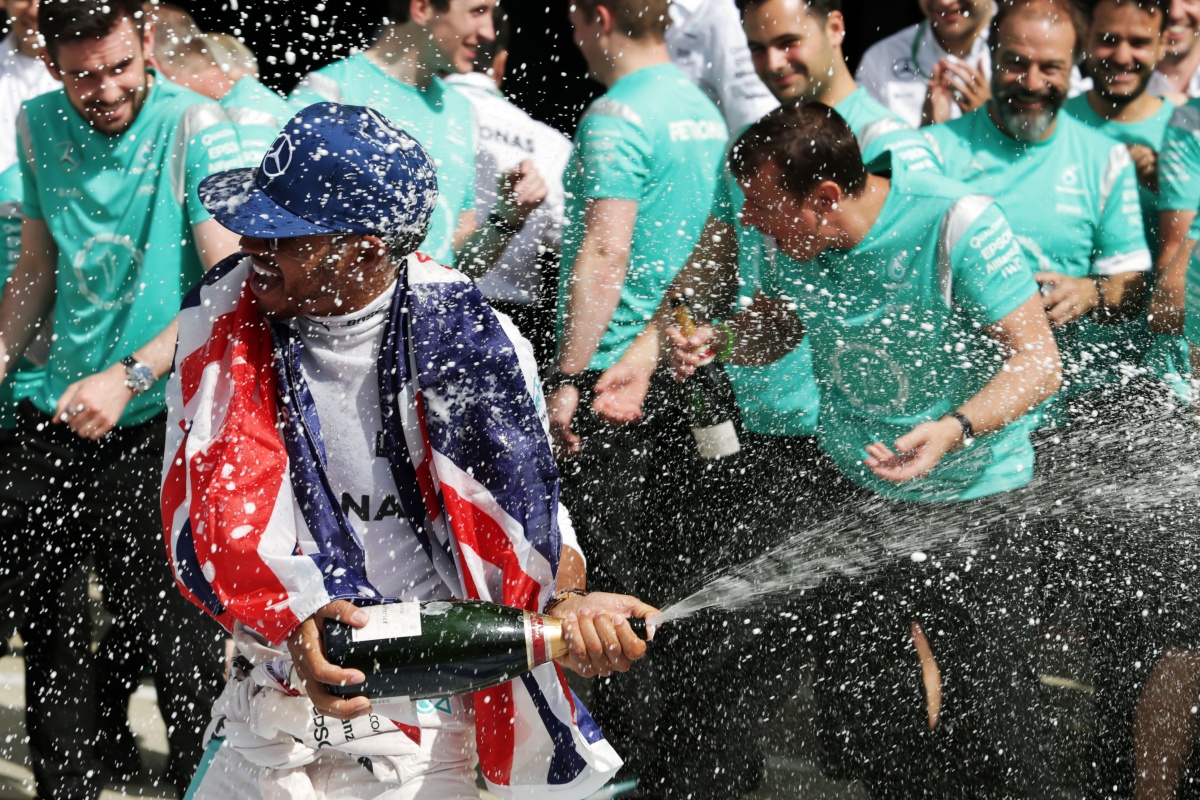 An ecstatic Lewis Hamilton has won his home British Grand Prix for the third year in a row and his Mercedes teammate Nico Rosberg’s overall lead has been slashed to a single point.

The triple Formula One world champion, who turned crowd-surfer after the podium celebrations on Sunday, basked in the adulation of a 130,000-strong crowd as he took the winner’s trophy at Silverstone for the fourth time in his career.

The Briton’s 47th victory added to his momentum in a championship that Rosberg started off dominating with four wins in a row but has since turned in Hamilton’s favour.

“I remember the first time that I got to stand up there with it (the trophy) in 2008 and the feeling today is just as great, if not actually greater.”

Rosberg finished as runner-up but, four hours after the race had ended, was handed a 10-second penalty and demoted to third place behind Red Bull’s Dutch teenager Max Verstappen for a breach of radio regulations – though Australia’s Daniel Ricciardo narrowly missed out on a podium finish, coming in fourth.

“I think for the team and for the points it was really good. Obviously we gained a bit on Ferrari which is nice, but for me it was lonely and a bit boring,” Ricciardo said.

“I was ready for a battle and some action today, but unfortunately it wasn’t given to me.

“It is what it is now and hopefully Budapest works better.”

Mercedes, who had advised Rosberg to avoid seventh gear because his car’s gearbox was failing, said they intended to appeal.

The rules bar teams from giving drivers assistance during the race, except in certain circumstances. The stewards ruled that some of the instructions relayed to Rosberg were permitted but others were not.

In a race that began behind the safety car after heavy rain, before starting properly at the end of the fifth lap, Hamilton led from pole to become the first driver to win three times in a row at Silverstone.

There were a few anxious moments when the slippery surface caught him out but he was never threatened by any of his rivals.

Hamilton is now the closest he has been to Rosberg this season and can take the overall lead in Hungary in two weeks’ time.

Red Bull principal Christian Horner said the radio rules were “pretty clear” and questioned where Rosberg, who was booed by some in the crowd as he stepped on to the podium, would have finished had Mercedes not given him their advice.

Rosberg, who had a stirring battle with Verstappen that involved each overtaking the other, said he was confident the team had acted within the rules.