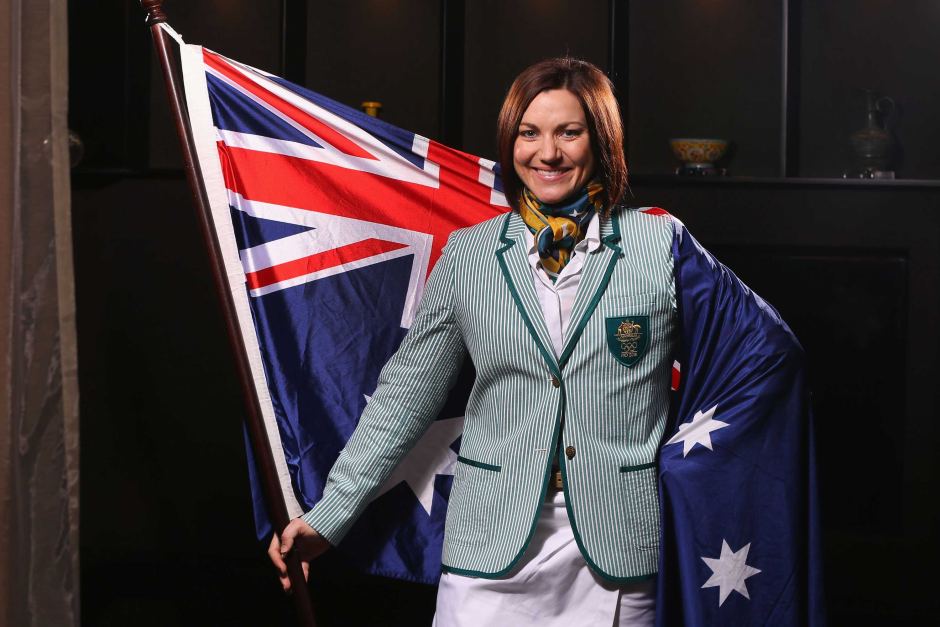 Anna Meares has been chosen as Australia’s flagbearer for the Rio Olympics opening ceremony, capping a brilliant Olympic career.

It was not a surprise selection by the AOC, as the popular Queensland-born track cyclist was largely viewed as the favourite to receive the honour.

Meares has been one of the greatest track riders in history, winning two Olympic and 11 world championship gold medals, as well as five Commonwealth Games titles.

“For me, a country girl, a coal miner’s daughter, to become the second cyclist in history to be flag bearer for this country leaves me very emotional and proud.

“When you look at history, there have been very few Olympians, fewer Olympic champions and again, fewer flag bearers.

“Of all of things I have achieved and I have done, carrying the flag for Australia is the greatest honour.”

In Rio, she will become just the fourth female track cyclist in history to compete in four Olympics.

In the build-up to announcing the flagbearer, Olympic Chef de Mission Kitty Chiller described Meares as a role model and inspiration.

“The athlete I have selected is the epitome of what our team represents: respect, humility, and excellence,” Chiller said.

“This athlete is a role model to many across all sports and in the community.

“[Meares] is already an inspiration to all … and I know will take on this role with the commitment and passion that has been the hallmark of [her] career to date.”

For the 32-year-old Meares, the flagbearer honour set up the culmination of an amazing Olympic story, one that nearly ended tragically eight years ago.

In the lead-up to the Beijing Games in January 2008, she broke her neck when she crashed heavily to the track in a World Cup keirin race in Los Angeles.

She fractured her C2 vertebra, dislocated her shoulder and had torn ligaments and tendons and abrasions on her leg and hip from the crash.

Despite the extent of her injuries, Meares was back riding less than two weeks later.

She continued her rehabilitation to be fit for Beijing, where she made the final of the women’s sprint before taking silver behind British rival Victoria Pendleton.

Meares made her Olympic debut in Athens in 2004, where she took bronze in the women’s sprint event and won her first gold medal in the women’s 500 metres time trial, beating China’s Jiang Yonghua.

Four years later she made her dramatic comeback for silver, then in London in 2012 Meares had a rollercoaster ride.

She took bronze in the women’s team sprint alongside Kaarle McCullough and missed out on the medals in the keirin where she came fifth.

At her final event at the Games, however, Meares got through to the final of the women’s sprint to face Pendleton once more.

The British rider won the first race but was then relegated for swerving out of her lane. Meares then outsprinted Pendleton in the second race to clinch her second Olympic gold medal.