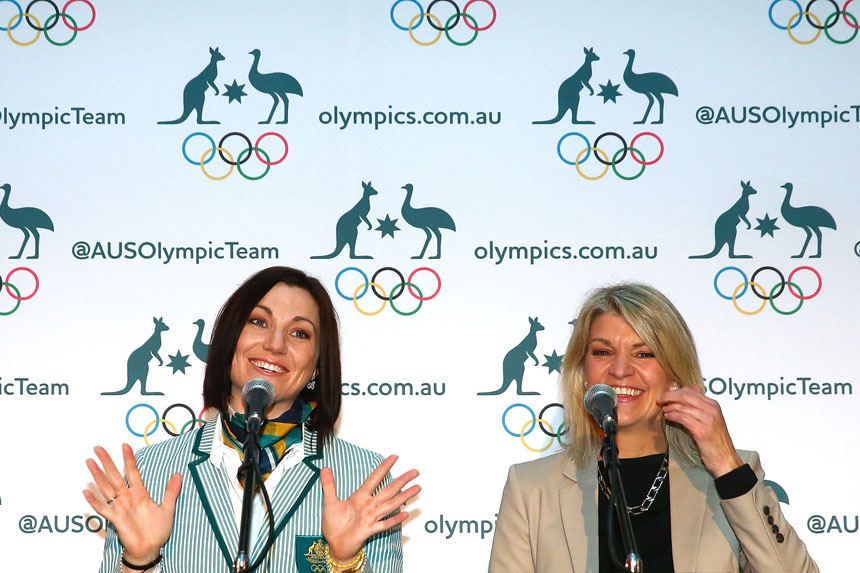 Cycling great Anna Meares was millimetres away from becoming a paraplegic – or worse – after a shocking crash in which she broke her neck.

But she bounced back, stunningly competing at the 2008 Olympic Games just seven months later in an example of the sheer dedication that has seen her become the greatest female cyclist of all time.

She has been named to lead Australia at the 2016 Olympic Games opening ceremony and, as you will find out below, has lived a fascinating life.

1) This year’s Olympic Games will be her fourth

At the age of 20, Meares made her Games debut at the 2004 edition in Athens. And she’s been a constant presence since.

Dunc Gray is the only cyclist to have held the honour. He filled the role at the 1936 Olympic Games in Berlin. Meares was also Australia’s flag bearer at the 2014 Commonwealth Games.

Meares achieved the feat at the age of 20 in 2004 when she set a world record to win the 500-metre time trial.

4) Meares was given an Order of Australia

Meares backed up her 2004 feat with a superb 2012 win against British rival and home favourite Victoria Pendleton in a thrilling sprint.

Karate, BMX, triathlon, tennis and swimming were all tried by Meares while she was young, but it was watching the 1994 Commonwealth Games track cycling with her sister, Kerrie, who also became a professional cyclist, that attracted her to the sport.

Just seven months before the Beijing Olympics, Meares fell off her bike and broke her neck, dislocated her shoulder and tore ligaments and tendons during a race in Los Angeles. She almost became a paraplegic.

8) She was on her bike two weeks later

It was only for two minutes, but Meares started one of the most inspirational recovery stories with a brief bike session. With the support of the nation, she bounced back to qualify for the Olympics and win a silver medal in the women’s individual sprint.

9) Her older sister was her motivating force

Kerrie, a Commonwealth Games gold medallist, was “pretty phenomenal as a junior,” Anna said. She won under-17 national titles at the age of 13 and inspired her younger sister.

10) She wasn’t very good at cycling to start with

Meares said she “was just a number in the field” when she was young. It wasn’t until her body developed at 16 that she started to impress.

11) Travelling 300km to her cycling club was the norm

Meares and her sister made the trek from the mining town of Middlemount to Mackay each weekend for two years. Their parents took turns in driving after school on Friday afternoon, so they could compete on Friday night and Sunday morning, before they drove back to be home in time for school on Monday. At the age of 13, Meares and her family moved to Rockhampton.

12) Meares turned down a scholarship at the AIS

In 2002, she declined an offer most athletes would dream of, “recognising I wasn’t ready for the big time”. After a national championship one year later, the Australian Institute of Sport again came calling. This time she said yes, moving to Adelaide.

Meares achieved the feat in 2011. It was her career goal and she lists it as one of her favourite sporting moments.

14) Meares has won five gold medals at the Commonwealth Games

Included in that haul is three successive successes in the 500-metre time trial.

Meares admits: “I am pretty strong in the lower body.” She trains six days a week and does up to 12 sessions that include road riding, stationary bike riding, track training and gym.

Her most recent success in 2015 made her the greatest female cyclist of all time.

Meares raised over $212,000 for the Little Heroes Foundation that supports seriously ill children.

18) Her charitable streak doesn’t end there

Meares is also an ambassador for Little Heroes — and the National Breast Cancer Foundation.

19) A chicken shop was her first place of work

Meares did the job during high school. She was then a bank teller and did shift work at hockey and soccer canteens in Adelaide around her training.

That is enough to power a small home.