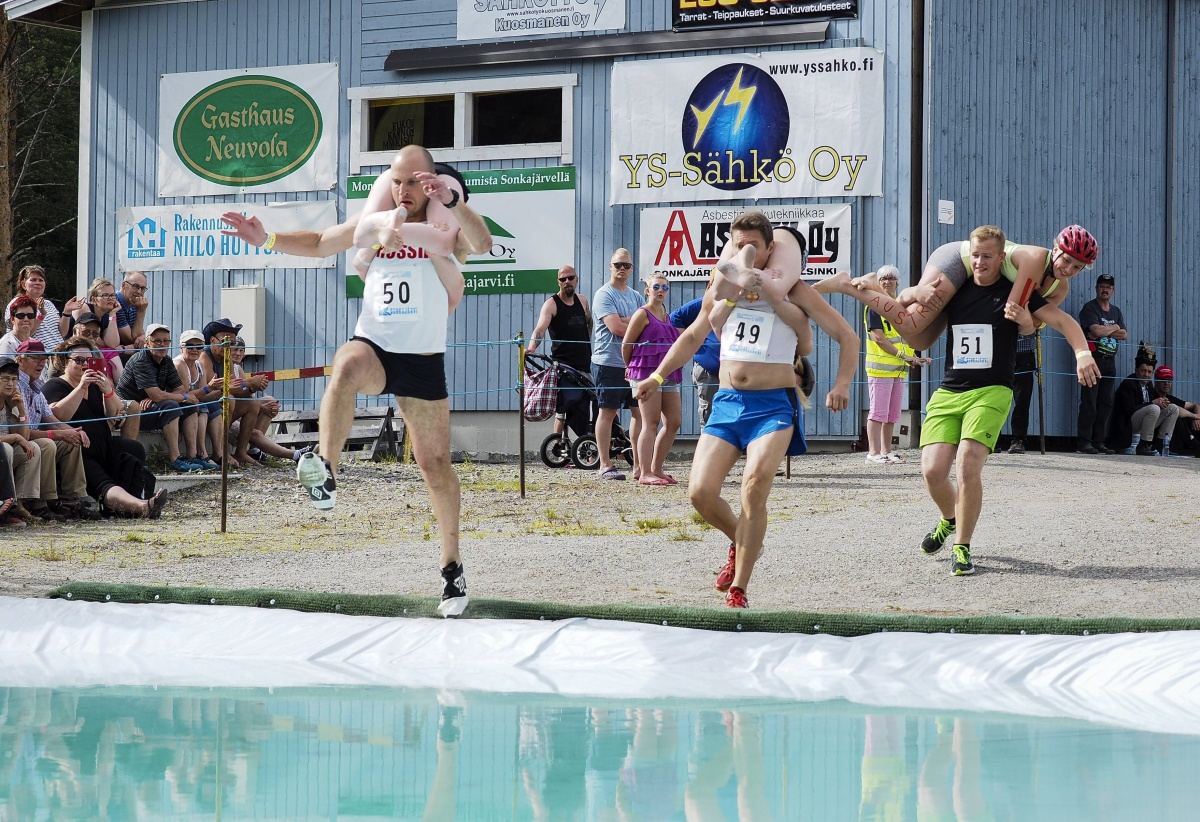 A Russian couple are the new world champions — of spousal transportation.

Dmitriy Sagal and Anastasia Loginova won the World Wife Carrying Championships held in Finland on Saturday, and were awarded Anastasia’s weight in beer as their prize.

The race, held annually in the Finnish town of Sonkajarvi since 1992, involves men running around a 253m track and through deep pools of water while carrying their female teammates.

There is no “carry type” that is compulsory for the competition, but piggybacking, the fireman’s carry and the Estonian-style carry (pictured below) are the preferred methods.

Women must be at least 17-years-old and weigh 49 kilograms. If the man drops the woman he must pick her up and continue.

For the 2016 championship couples came from 35 countries including Finland, the rest of Europe and even the United States, Japan and Australia.

Watch some of the highlights below:

Finland’s Ville Parvaianen — who won in 2014 and 2015 with different partners — finished third with teammate Janette Oksanen.

The competition rules also stated that “all the participants must have fun”.

The wife carrying contest is one of several wacky competitions held during the summer in the Nordic country. Another is the world air guitar championships.

According to legend, wife carrying’s history, known as Eukonkanto in Finland, is based on the 19th century legend of Ronkainen the Robber.

The legend goes that Ronkainen and his team of bandits raided villages and stole food and women, escaping with the women on their backs.

Another legend states that men would go to nearby villages to steal other men’s wives while a third legend said that Ronkainen trained his thieves by carrying big heavy sacks on their backs, which evolved into a sport.

The sport has gone global in recent years.

Competitions have been held in Australia since 2005, including the NSW towns of Singleton, Hawkesbury, Gunnedah, and Stroud.

The Oak Australian Wife Carrying Titles can be followed at its official Facebook page.