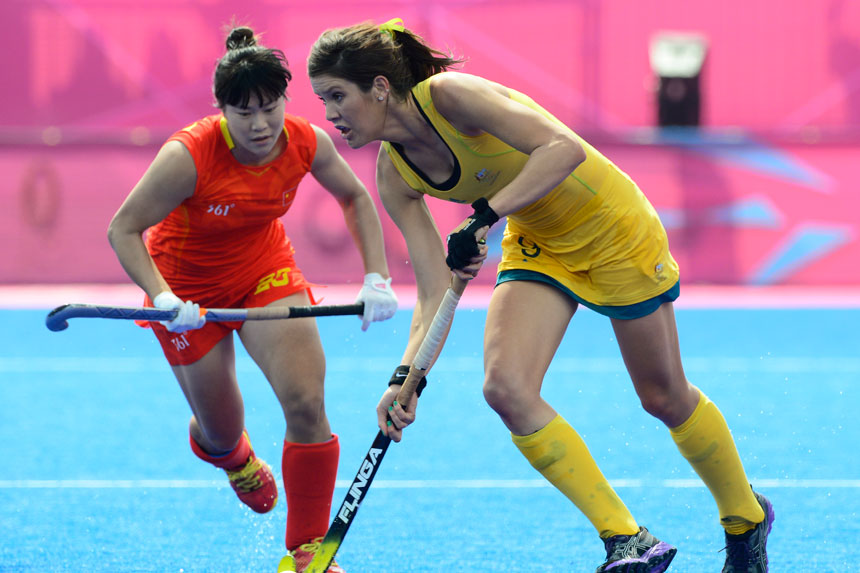 Anna Flanagan has described her omission from Australia’s female Olympics squad as a “shock”.

Flanagan, named hockey’s 2012 world young player of the year, hit the headlines last month when her failure to disclose a drink-driving charge was revealed.

The 24-year-old, one of the most marketable figures in women’s sport in Australia, reportedly blew three times the legal limit in March.

• Tom Heenan: Flanagan can’t go to the Olympics
• What you might not know about Anna Flanagan
• The fatal blow cycling won’t recover from

An Australian Olympic Committee (AOC) investigation still ruled her eligible for selection, though, meaning Flanagan’s Olympic bid was not over until the squad was announced on Monday.

Flanagan said she did not feel Hockeyroos coach Adam Commens had his hand forced by Hockey Australia and thanked the AOC for their support of her.

“The AOC cleared me to play, I was available for selection and I thought they were very professional about it,” Flanagan told Fairfax Media.

“I’m grateful for the AOC’s support. It was a decision by the coaches.

“It was a bit of a shock. It’s obviously devastating knowing you’ve trained for four years [and won’t be in Rio].

“I’ve gone through a pretty tough time and trained the whole time through while the girls have been playing.

“I’m going to continue to train with the group and be there as much as possible to help them achieve gold in Rio.

“Hockey is my passion and I love playing for Australia and this group of girls.

“I want to keep playing, despite not being there.”

Flanagan’s decision not to disclose her drink-driving charge — on the advice of her lawyers — did not go down well at AOC headquarters.

Complicating the matter further was the fact that, as the AOC revealed to The New Daily in June, she had signed a statutory declaration in May that said she did not have “any criminal convictions or pending charges”.

The AOC told The New Daily: “Every athlete and official must sign the team agreement.

“As part of that agreement, you must sign a statutory declaration saying that you have not been involved in doping and also list any criminal convictions or pending charges.

“We understand Anna Flanagan was arrested for drink-driving in March. She signed her team agreement in May but she did not list the drink-driving offence.

“We have asked her for an explanation.”

In her defence, Flanagan’s lawyers said they thought the form only related to “serious offences”.

While it was determined that Flanagan had broken the Shadow Olympic Team Agreement, the AOC still said she was eligible to go to Rio de Janeiro.

The AOC banned shooter Michael Diamond from the Games last week after drink-driving and firearms offences.

Of the 16-player squad unveiled on Monday, just four have previous Games experience.

Madonna Blyth and Casey Sablowski will be required to lead the team as they prepare for their third Olympic Games campaign.

Emily Smith and Jodie Kenny are the others with prior experience for the third-ranked Hockeyroos.

Kirstin Dwyer, who took Flanagan’s place in the squad during her suspension, was picked.

Australia will compete in Pool B at the Games against Argentina, Great Britain, USA, Japan and India and are considered a good medal chance.