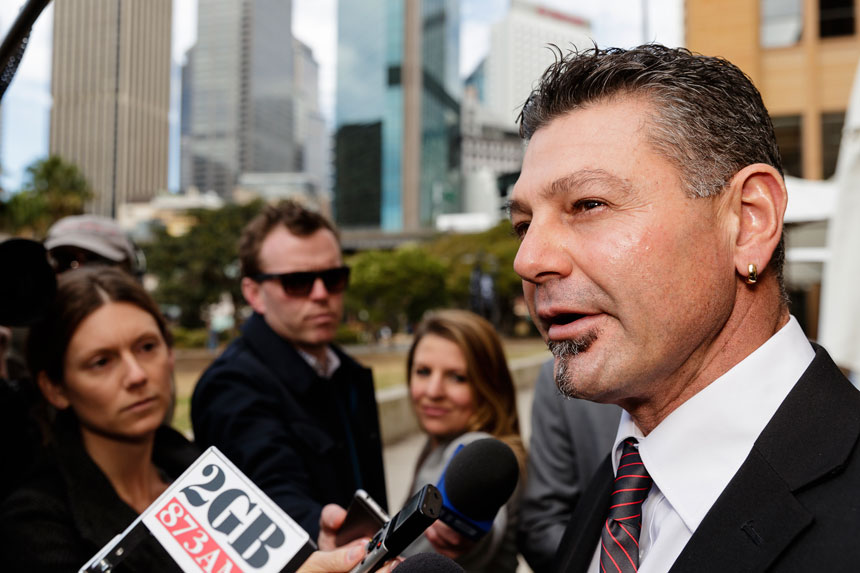 Two-time Olympic shooting gold medallist Michael Diamond will not be allowed to compete at the Rio Games.

Diamond’s selection for his seventh Olympics was in the balance after he was charged with drink-driving and firearms offences last month.

But after a special AOC board meeting in Sydney on Thursday, in which the veteran trap shooter pled his case, the board supported Shooting Australia’s decision not to nominate Diamond for selection.

• The reason Day, Tomic aren’t keen on Rio
• How Ben Cousins nearly died two weeks ago
• The sign Nick Kyrgios might be maturing

“The incident involving Michael Diamond has, in our view, put our sport in a position which is inappropriate,” Shooting Australia chief executive Damien Marangon said.

“When looking at the AOC’s selection and nomination criteria it was clear to us that Michael was ineligible to be nominated.”

Marangon said a “range of factors” had informed the decision.

“We sit here with really heavy hearts,” he said.

“Michael is a champion of our sport, so this decision was clearly not an easy one.

“But it’s important to know that all of us – the AOC and Shooting Australia – will continue to support Michael as we have.

“And Shooting Australia in particular will continue to now support Michael through what will be a really difficult period of time.”

The decision comes after Hockeyroos star Anna Flanagan was given the all clear to compete in Brazil last week despite failing to disclose a drink driving conviction.

But Australian Olympic boss Kitty Chiller said every case was treated on its own merits.

“And in this case the AOC decided to not exercise its right to excuse the breaches based on Shooting Australia’s advice that they would not be nominating Michael.”

Diamond has the right to make a last-ditch appeal to the Court of Arbitration for Sport (CAS).

But his exclusion opens the way for teenage star Mitchell Iles, who had lodged an appeal over the selection of Diamond and Adam Vella to the CAS.

That challenge was heard last week, with a decision imminent.

Diamond’s news comes in the same week that Jason Day and Sally Pearson, both medal chances, pulled out of golf and athletics events respectively.