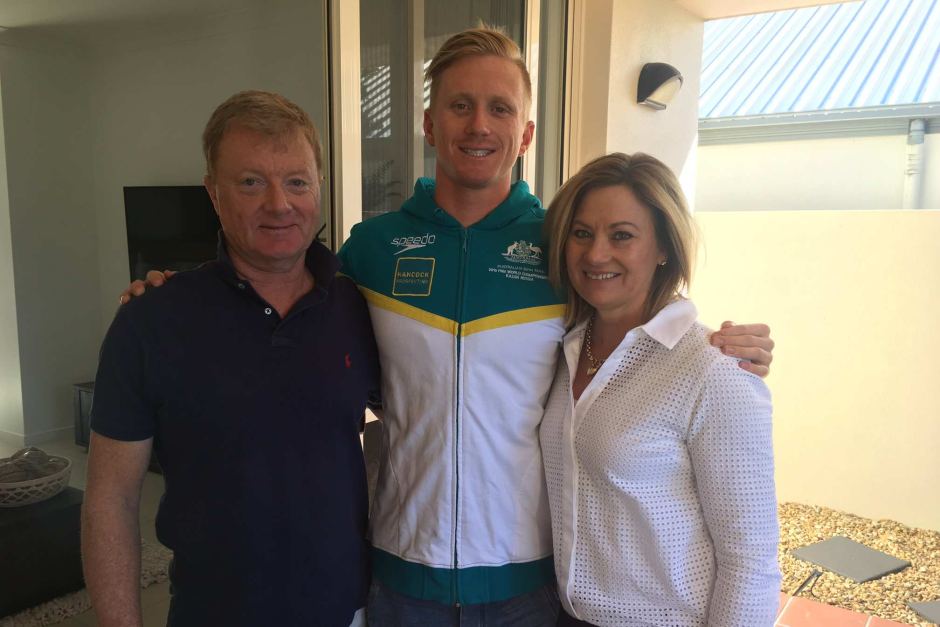 Gold Coast swimmer Daniel Smith says he hopes to inspire others after overcoming a drug addiction to qualify for the Rio Olympics.

Smith was a talented junior swimmer and won a string of Australian Junior Championships, but in his late teens ice pushed his life off the rails and he was soon living on the street.

Smith said his five-year drug and alcohol addiction not only affected his swimming career, but his family relationships as well.

“I destroyed my family and they’re still healing now from the whole situation,” he said.

His mother Julie Smith said it was a difficult period for their family.

“We felt for him because we knew it wasn’t him,” she said.

“We just didn’t know what to do.

“We saw psychologists and psychiatrists, everything, and nobody could give us an answer on how to help him.”

Smith said it was his love of the pool and his faith that helped him get his life back on track.

Earlier this year he finished fourth in the 200 metres freestyle at the Australian Swimming Championships in Adelaide to secure his spot in the relay team in Rio.

“To become an Olympian is special for anybody, especially someone who’s had such a long association with the [Miami] swimming club,” he said.

“I’m looking forward to what he can do in Rio because we haven’t seen the best of him yet.”

Smith said having his parents in the crowd to watch him qualify was a special moment.

“I remember I went up to them after my race, because I didn’t swim down or anything, I went over to them and I had some of my best friends there as well and I was literally just bawling my eyes out,” he said.

“Before, I never knew who I was, so being able to know who I am and where I want to go with my life now, it’s kind of like swimming is just a bonus now.”

His father Steve Smith said he was proud of his son, but recognised swimming was not the most important part of life.

“Back in the days when he was a [junior] champion we used to be so happy that he won everything and this time came along now we’re just happy that he’s alive,” he said.

Mrs Smith said she was proud of who Daniel had become outside the pool more than his achievements in it.

“The true hero is him overcoming drugs this is just icing on the cake,” she said.