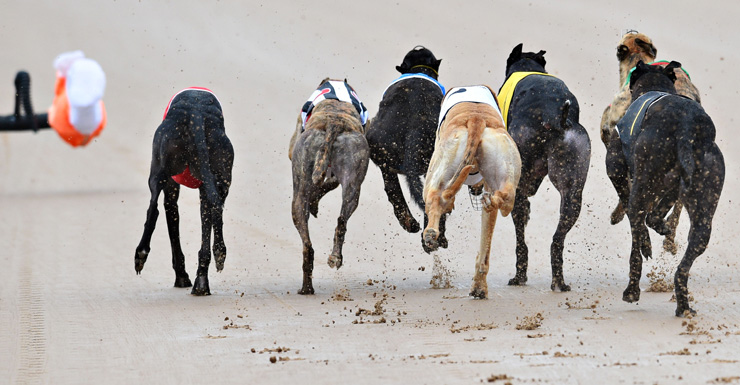 Greyhound Racing NSW (GRNSW) has charged 179 trainers and owners with breaching the industry regulator’s rules, for the alleged unauthorised exports of dogs to Macau.

The charges have been issued as part of an ongoing inquiry launched by GRNSW last December into suspected unauthorised exports of greyhounds to Macau.

Exporting greyhounds to Macau has been banned by the regulator since 2013.

If found guilty, trainer and owners face fines, suspension and possible disqualification from the sport.

The GRNSW inquiry follows a 7.30 investigation from December, which revealed how hundreds of Australian greyhounds deemed too slow for Australian racing by their trainers and owners were exported to Asia, in breach of racing rules.

Animals Australia campaign director Lyn White told 7.30 at the time that conditions for greyhounds in Macau were abhorrent and that “for those dogs it’s a death sentence”.

The 7.30 investigation also found Australian dogs were racing around the clock at the former Portuguese colony’s dilapidated track known as the Canidrome, and were regularly sustaining injuries, with a disturbing 100 per cent euthanasia rate.

The Australian greyhounds are generally flown to Hong Kong and then ferried to Macau, where they are locked inside the Canidrome facility.

The facility is located in the middle of one of the most densely populated cities in the world.