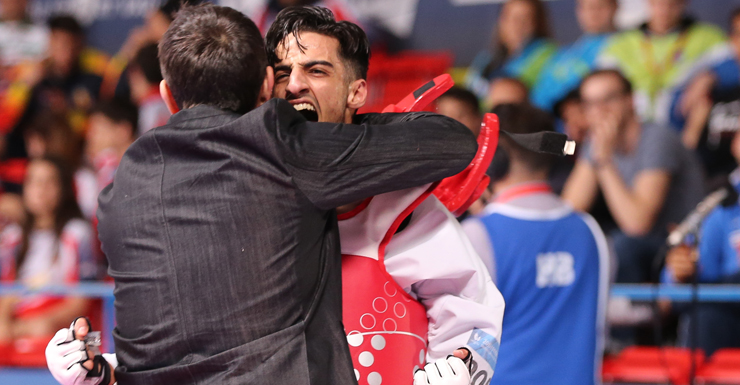 Mourad Laachraoui, the brother of one of the Brussels suicide bombers, has won gold at the European Taekwondo Championships and is set to compete for Belgium at the Olympic Games in Rio.

Older brother Najim, 24, was one of two suicide bombers who blew themselves up on March 22 at Brussels Airport.

The attacks, including another suicide bombing on the city’s metro, killed 32 people. Mourad, 21, is listed among Belgium’s 185-strong squad bound for the Games starting on August 5, where he will compete in the under-58kg category.

On Friday, Mourad won gold in the under-54kg in Montreux, Switzerland, the Flemish taekwondo federation dubbing him “Europe’s king of the lightweights” in a tweet.

In a news conference two days after the attacks, Mourad said his brother was a nice, intelligent boy and had given no signs of being radicalised before he left for Syria in 2013 and broke all contact with his family.

“It’s crazy, really — the same parents, the same upbringing, and one turns out really well and the other really bad,” his lawyer Philippe Culot said in March.