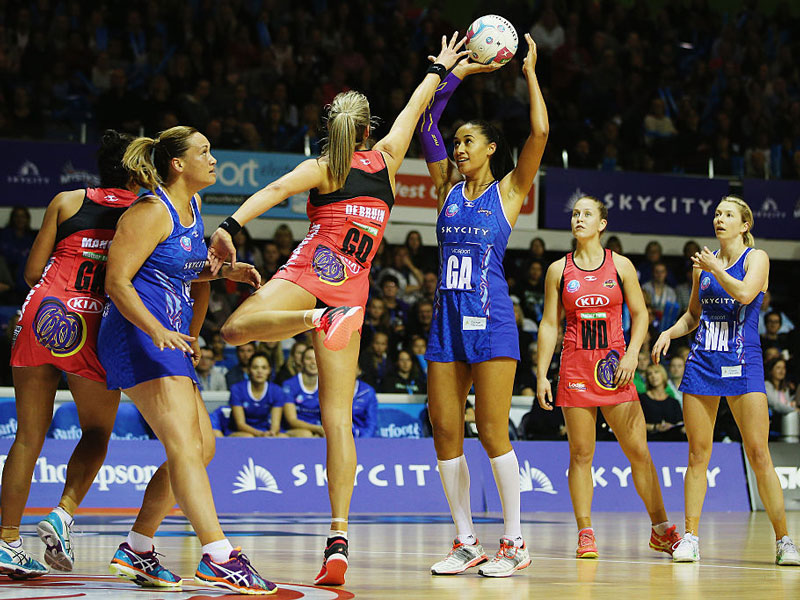 AFL clubs Collingwood and Greater Western Sydney and the NRL’s Melbourne Storm are set to field teams in a revamped Australian netball competition beginning in 2017.

The existing ANZ Championship – which comprises teams from Australia and New Zealand – will discontinue after the current season, paving the way for a fresh national competition on our shores.

Netball Australia’s announcement of the three preferred bidders for new franchises, from existing clubs in other sports, is set to increase interest in the new-look league.

It also followed the unveiling of a landmark broadcast deal with the Nine Network and Telstra on what is likely to be seen as a game-changing day for women’s sport.

Collingwood, which plans to run a team themselves, said in a statement it “will now enter a period of negotiation with Netball Australia to take into consideration all aspects of the proposed licence agreement”.

Magpies chief executive Gary Pert said he hoped they would be seen as “more than just an AFL club”.

“For 120 years, men have looked at the Collingwood Football Club and said that’s somewhere I want to be,” Pert said during a press conference on Thursday.

“We want young women to look at the club the same way.

“We will look at the big, diverse sporting clubs around the world. It provides the opportunity for men, women and families to connect.

The Melbourne Storm’s bid is different – it would see the club based at their Sunshine Coast facilities in south-east Queensland.

It would be run in conjunction with the University of the Sunshine Coast.

Melbourne Storm chief executive Dave Donaghy said it was a real opportunity for the club to grow.

“We are excited by the opportunity to be part of the growth of netball,” he said in a statement.

“[It is] an elite women’s sport in this country and internationally.

“We have a genuine and authentic interest in helping strengthen the pathway for the 6600 players in the team’s catchment area and give the region their first national sporting team.”

The remaining five teams of an eight-club competition would be filled by the existing Australian sides in the ANZ Championship, being the Melbourne Vixens, New South Wales Swifts, Queensland Firebirds, West Coast Fever and Adelaide Thunderbirds.

Netball’s new broadcasting arrangement will see two live matches each week, while two others will be delayed on television. Others will be live streamed on Telstra TV.

Netball Australia chief executive Kate Palmer described it as the most significant broadcasting rights agreement in the history of Australian women’s sport.

“It is truly transformative. It lays the foundation for the full professionalisation of elite netball and the cementing of Australia’s reputation as having the prime netball competition in the world.

“It has long been accepted that a comprehensive free-to-air broadcasting arrangement is essential to maximise the development of women’s sport in Australia.”

The five-year deal will help the game grow professionally in Australia, with better salaries on offer for players and more money for game development.

Nine Network’s managing director Amanda Laing said in a statement the company was looking forward to broadcasting the sport.

“Netball has long been the sleeping giant of Australian sport.”